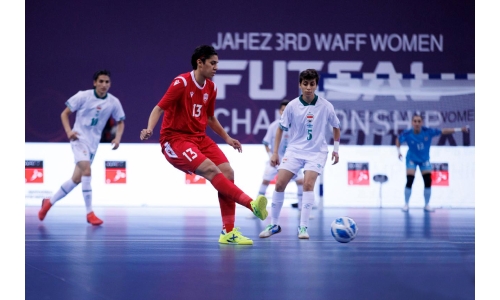 Rawan Al Ali scored a late winner for Bahrain in their hard-earned 1-0 triumph over a battling Iraq last night to barge into the semi-finals as Group A winners in the third West Asian Football Federation (WAFF) Women’s Futsal Championship, being held in Jahez, Saudi Arabia. With the nationals needing mostly to go on the defensive in the hotly contested affair, Rawan supplied the decisive strike with just under four minutes remaining.

Bahrain goalkeeper Zahra Ali also played a crucial role in the match, making a number of fantastic saves in both periods and keeping a clean sheet against the Iraqis, who had the most of the scoring chances.

The contest was the Bahrainis’ second in their division in the competition’s preliminary round, and it followed their emphatic 6-0 victory on Thursday in their opening game against Palestine. The nationals thus improved to a maximum six points, and they are now headed to the final four when they will take on the runners-up of Group B, which features Kuwait, Oman and Saudi Arabia. 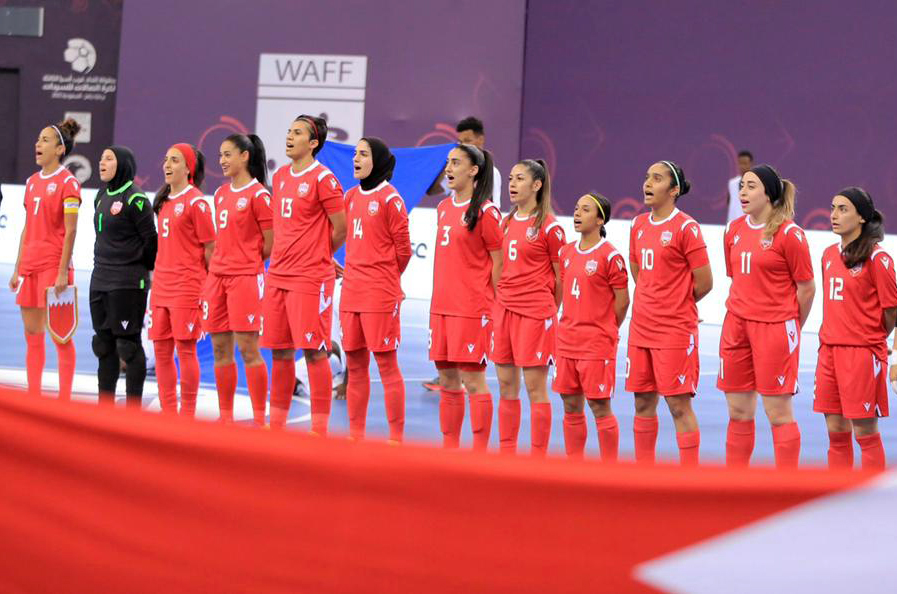 Bahrain have a few days of rest before the semi-finals, which are scheduled to be held on Wednesday. The last day of the group stage is set for tomorrow with Palestine taking on Iraq and Saudi facing Oman. Bahrain’s match yesterday was tight from the opening kick and physical play early on set the tone for the rest of the contest. Both teams had several chances in the first period but both goalkeepers did well to maintain the deadlock. Bahrain goalkeeper Zahra Ali had a brilliant stop on the stroke of half-time off a clear shot from an unmarked Shokhan Salihi, who hit a powerful shot just a metre outside the penalty area.

Salihi then threatened once again to begin the second period, when she hit the crossbar early on as the Iraqis came out of the break the more aggressive side. Bahrain tried to mount their own salvo on the Iraq goal and shots from skipper Yasmeen Tobellah and Manar Yaqoob were both collected by opposing goalkeeper Shajwan Mustafa.

Bahrain’s Ali also had some key stops for Bahrain, including a free-kick from the second penalty spot by Iraq’s Tbarek Al Ghazawi, which was one of their best chances to score. Manar also made a crucial defensive play with under six minutes to go.

With the Bahrain goalkeeper being replaced by Eman Al Khattal for a fifth attacking player on the court, Salihi came close to finding the net but Manar was able to block the shot just before crossing the goal line.

At this point of the match, the Bahrainis were finding it difficult to get a clear chance at goal, but that set the stage for Rawan’s surprising heroics. She received a pass near halfcourt off a kick-in and hit a low shot that didn’t appear to pose any danger. But the ball slipped past the Iraqi goalkeeper and bounced off the left post into the bottom-left corner of the net, giving Bahrain the lead. Striker Hessa Al Isa, who had a hat-trick in their opening match, then could have put the game away with 40 seconds left, but her attempt on a one-on-one with Mustafa was off-target.