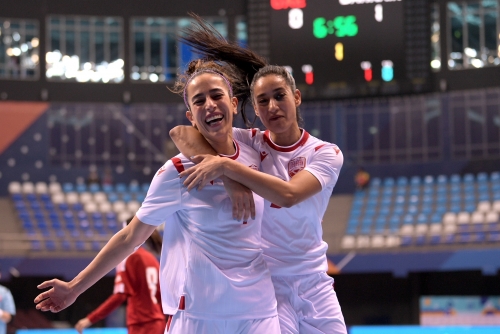 Bahrain’s women’s national futsal team registered their second successive victory of the third GCC Games in Kuwait yesterday with a resounding 4-1 win over the UAE.

The nationals fired in three of their goals in the opening half, and then cruised the rest of the way as they booked their berth in the tournament’s final four.

Manar Yaqoob then gave Bahrain a commanding 4-0 lead four minutes into the second half, and they never looked back from there. Their lone goal for the UAE was supplied by Salha Rashid late on, which reduced the final deficit.

Bahrain dominated the encounter offensively, finishing with 35 shots—14 of which were on target. The Emiratis had only 23 attempts, nine on target. Bahrain maintained their unbeaten record after two matches with the result, while the Emiratis suffered their first loss after beginning the tournament with a draw against hosts Kuwait.