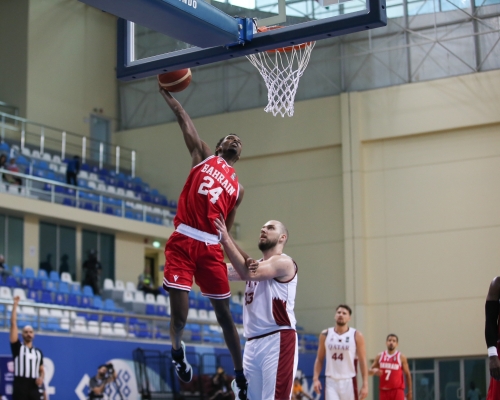 Bahrain finally got one in the win column of the men’s basketball tournament at the third GCC Games in Kuwait last night, with a hard-earned 90-77 double-overtime win against Qatar.

The Bahrainis dominated the second extra five-minute session 15-2 to close out the result, which assured them of a place in the semi-finals. It was their first victory in the competition after opening with back-to-back losses to the UAE and the host Kuwaitis.

The game was deadlocked at 65-apiece at the end of regulation, and things stayed tied at 75-all after the first overtime period. It was then all Bahrain as they finally closed things out against their heavily favoured rivals.

Mustafa Hussain and Hasan Nowrooz combined for 48 points to spearhead the nationals. Hussain had a game-high 25, which included five three-pointers, and also registered five steals.

Nowrooz’s 23 included seven triples, as the Bahrainis were red hot from beyond the arc with 16 makes from long range. Mohammed Ameer added 10 points in the win, while Maitham Jameel had eight to go along with an impressive eight assists, and Ahmed Salman scored seven.

The result earned the first victory for Bahrain’s newly signed Lithuanian head coach Mindaugas Lukosius. Bahrain play their final preliminary round game against Saudi Arabia on Saturday, after which the final four is scheduled for Monday. The gold and bronze medal games take place the following night on Tuesday.

Gun in 8-year-old’s backpack goes off at school, mother charged