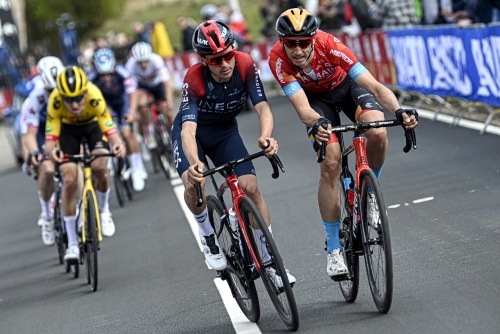 The one-day professional event was held as part of this year’s Union Cycliste Internationale World Tour.

Michał Kwiatkowski was the first past the line in a dramatic photo finish. Starting in Maastricht, the riders had 33 climbs over the 254.1km race.

An early break of six riders formed from the off and had a four-minute advantage from the peloton until it was all brought back together with 40km to go.

The pace increased with 35km remaining, and a lead group of 12 riders went clear, including Teuns. With just 20km remaining, Kwiatkowski attacked and Dylan could not close the gap despite his efforts, settling for 10th in the sprint.

Following the race, Teuns commented: “It was good to be up there in the final, but in the last passage of the finish line and the two riders escaped, I tried to go across. I came really close but couldn’t bridge the gap. So with that, I’m really disappointed.

“I tried to make the maximum out of it, and 10th was the result for the day, but again it’s disappointing as my feeling in the race was very good, and the boys did a really good job all day long.”