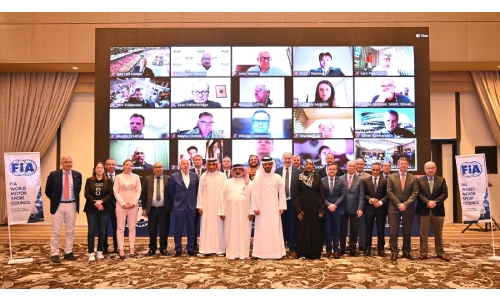 The World Motor Sport Council (WMSC) convened yesterday for the first meeting of 2022. The gathering was chaired by FIA President Mohammed Ben Sulayem with FIA Deputy President for Sports Robert Reid and WMSC members joining in person and via video conference.

The event was staged in Bahrain and hosted by his Royal Highness Prince Salman Bin Hamad Al Khalifa, Crown Prince and Prime Minister.

It was organised by the Bahrain Motor Federation, headed by its president Shaikh Abdulla bin Isa Al Khalifa, who is also an FIA Vice-President for Sport (Middle East). Ben Sulayem and Shaikh Abdulla were both in attendance

Speeding on the solar track

China reports first Covid-19 deaths in more than a year