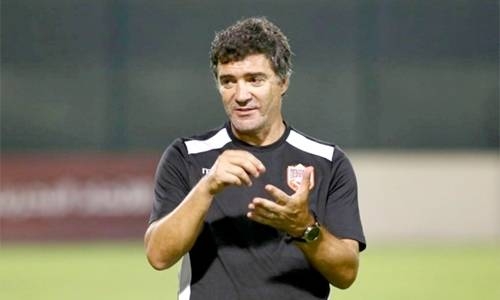 Bahrain head coach Helio Sousa has called up a 23-member squad for their latest training gathering, which kicks off this evening. The nationals are set to play two international friendlies during this period of practices, which is scheduled to conclude on February 1.

Bahrain’s senior men’s squad are set to face off with top opposition from Africa, first against Uganda on Thursday before facing DR Congo on the last day of their camp. The Bahrainis are using the friendlies as part of their preparations for their upcoming competitions, which include the third round of qualification for the AFC Asian Cup 2023, which will be held in June.

Sousa has named two of Bahrain’s overseas professional players onto the squad, namely Ali Madan who plays for Al Urooba in the UAE and Abdulla Hazaa who plies his trade with Al Tadhamon in Kuwait.

Both of Bahrain’s friendly matches over the next fortnight will be played at home. Their opponents are both classified higher on the FIFA World Rankings, with Uganda currently 82nd and DR Congo 64th. Bahrain are currently 91st.

The nationals have yet to learn of their groupings for this stage of qualification. The draw is scheduled to be held on February 24. Matches will be played over three days in June, including on the 8th, 11th and 14th.

It was announced by the AFC that each group will hold their games in a centralised venue, and a bidding process will be held for the hosts. Bahrain are one of 24 national teams competing in this third round of qualifying for the AFC Asian Cup 2023.

These teams are to be divided into six groups of four to play a single round-robin. The group winners and the best five runners-up across all groups will qualify for the Asian Cup, where they are joined by China and by the 12 teams which qualified directly from the second round.

Bahrain have appeared in the Asian Cup, the continent’s premier football competition, six times in the past, including the last five editions. Their best finish was fourth in 2004.