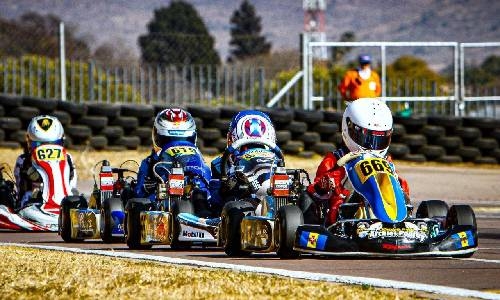 Bahrain International Karting Circuit (BIKC) is all set to host the Pre-Finals of the Rotax MAX Challenge Grand Finals 2021 today as the global karting spotlight stays centred on the world-class karting facility in Sakhir.

On Wednesday and yesterday, the more than 400 participating karters from 75 countries took to BIKC’s 1.414-kilometre CIKFIA track for this week’s qualifying heats, from where they came away with points.

Their points haul determined their grid positions for their respective Pre-Finals, which will set the stage for the Finals tomorrow.

All are welcome to attend the last two days of the event, free of charge.

However, due to limited capacity, entry will be on a first-come, first-served basis.

In the Junior Max category, Tomass Stolcermanis finished in first place overall after their three qualifying heats with zero points.

In the Micro class, Nikita Ljumbimov finished atop the points standings with three markers.

Zdenek Babicek followed with four points, while Dragos Avasilcutei was third with 10 points.

Martijn Van Leeuwon was first in the DD2 category with two points.

In the E20 category, Oscar Pellemele was in first place with two points, with Theo Kekati in second with three points. Malte Ebdrup came third on eight points.

The Senior MAX classification was not issued last night.

According to BIKC officials, this is due to an on-track incident that needs to be investigated by the stewards.

For more information on RMCGF 2021, visit bahraingp.com, follow the circuit’s social media channels or call the BIC Hotline on +973-17450000.

The RMCGF 2021 marks the first time in the history of the event that it is being held in Bahrain.

Karters have qualified from individual events held around the world.

BIKC was designed to the highest international standards and is capable of hosting world championship races under the CIK-FIA.

The circuit made motorsport history in 2012 when it became the first karting track anywhere across the globe to host a world championship-level event at night thanks to the high-specification floodlight system.

The challenging track features 14 turns, which will allow seeing thrilling action on the track when the best Rotax drivers will fight for the podium to end 2021.