Jose “Shorty” Torres: from a tough upbringing to a life devoted to MMA and, ultimately, international stardom | THE DAILY TRIBUNE | KINGDOM OF BAHRAIN 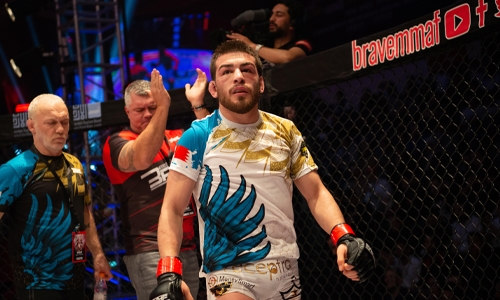 Jose “Shorty” Torres’ story starts like many others, a tough childhood growing up in a dangerous neighborhood in his hometown of Chicago. But the paths his life took were anything but ordinary.

A good professional athlete is like a diamond, cut and polished by the amount of pressure over them. At age 4 he started in Martial Arts under the guidance of his father and kept training since then.

Under the umbrella of the legendary coach Bob Schirmer, Shorty blossomed into a complete martial artist, mastering standing up, ground game, and, especially, wrestling. His wrestling was so good, in fact, that it earned Torres a once-in-a-lifetime opportunity, when he left high school and was awarded with a full-scholarship due to sports excellence.

But the young Torres was much more than just “a wrestler with an overhand”, as you can find in every corner. A threat in a multitude of ways, he then followed the only career that could put all his abilities to use: Mixed Martial Arts. That’s when Jose showed his unparalleled resilience.

After suffering a loss in his first amateur bout he bounced back and became the first big star in the IMMAF scene, where he became a two-time world champion. The dominance was repeated in the USA circuit.

Competing at the national level, Torres became a double champion. It was about time he joined the big leagues. At BRAVE Combat Federation he will have the chance to hold his first professional world title.

But not without giving back to his community first and overcoming his own hurdles. Even before capturing his much-wanted world title, Shorty was already a reference for the people of his neighbourhood, for the example he set and the support he offered through the “Team Shorty Foundation”.

The toughest loss of Shorty’s life, though, did not come from the cages. Weeks before fighting for the world title, he lost his father and mentor. It was the hardest moment of his life and Torres withdrew from the championship bout, which many considered as a potential end of his professional career.

But then it comes the last part of the story, the one that shows why Jose “Shorty” Torres hit international stardom and became one of the most prominent names in the Flyweight division worldwide: he got back on his feet and set target once again in the world title, this time for himself and for the memory of his dad.

Coming off a win over Blaine O’Driscoll, Torres now steps into the BRAVE CF Arena in Rostov-on-Don for the biggest challenge of his entire career: Ali “Puncher King” Bagautinov. He will face Bagautinov in the main event of BRAVE CF 55, which takes place on November 6th, in association with PRO FC.

A win over the Russian superstar in his home country, which Torres himself already labeled as a “Rocky-esque” momento, will send him straight to the grand final against Velimurad Alkhasov, to cement his name, once and for all, in MMA history.