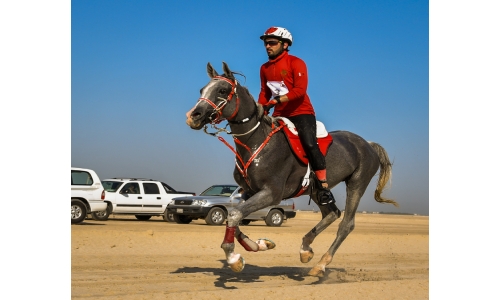 Victorious team rider Othman Al Awadi clinched first place yesterday in the 100-kilometre international qualifying race that kicked off the 2021/2022 Bahrain endurance horseracing season. The event was held at Bahrain International Endurance Village in Zallaq and it saw close to 150 riders in the fray.

Victorious teammate Issa Al Enezi was the runner-up in 3:24:07, while in third place was Sultan Abdulaziz Al Rumaihi from Al Zaeem Team in 3:33:35. An 80km qualifying race was also held yesterday. 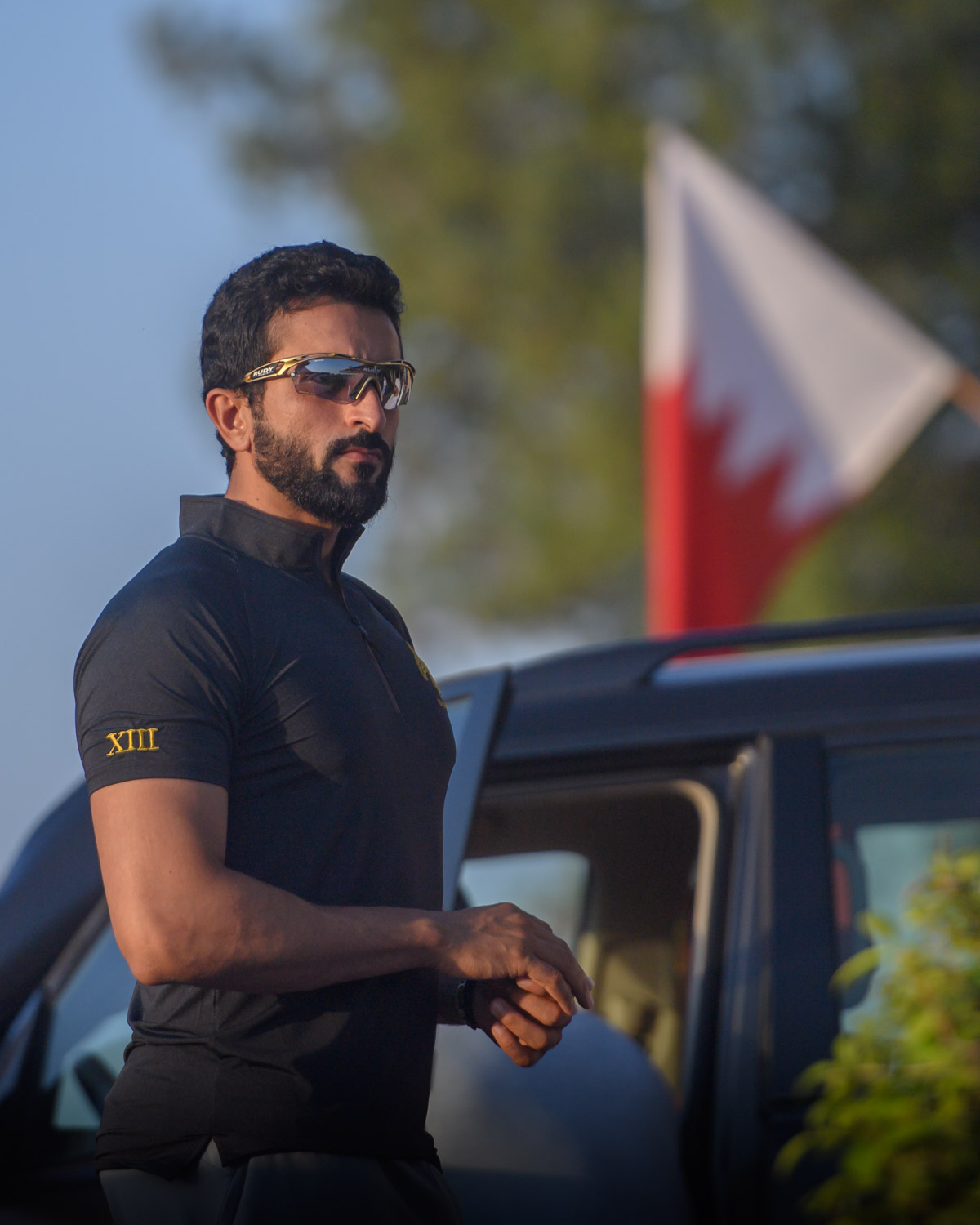 Aside from Sama, the 80km ride featured two other competitors from outside of Bahrain. They were Mohammad Falah Al Ajmi from Kuwait and Muhannad Muhammad Al Khateri from Oman.

Following the races, HH Shaikh Nasser congratulated the top finishers. HH Shaikh Nasser stressed that the speed and thrills in both qualifying events confirm that there will be plenty of strong, open competition between the riders this season, especially with all participants putting in their best efforts to achieve top results and podium finishes.

HH Shaikh Nasser affirmed that the sport of endurance horseracing in Bahrain is at a high standard, and that local rides have become a gateway for talented jockeys in their path to competing internationally. 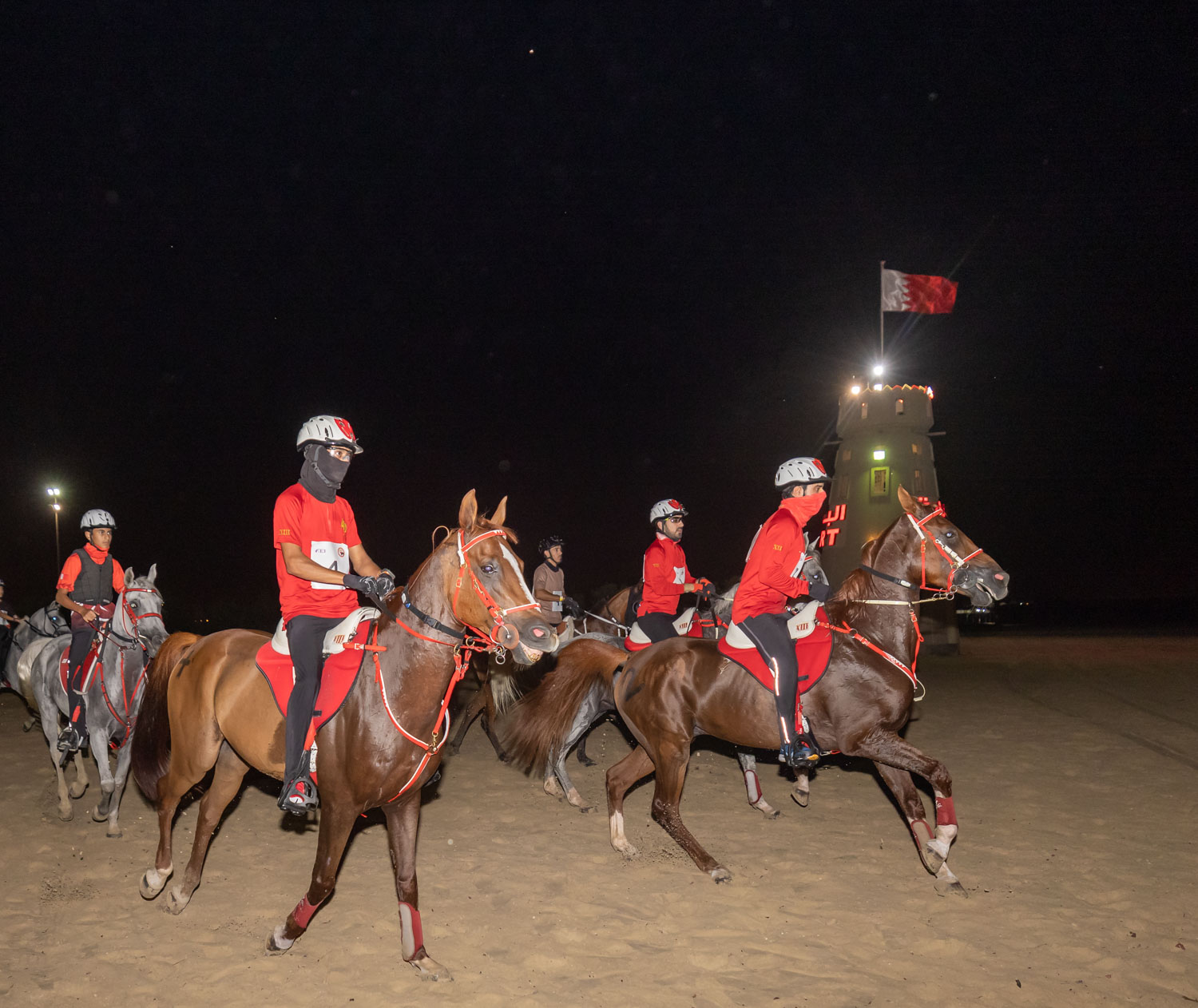 HH Shaikh Nasser made it clear that yesterday’s qualifying races were one of the most important of the season, especially as they allow stables and jockeys to know the potential of their horses. HH Shaikh Nasser praised the outstanding levels of all those who competed, and he stressed his keenness to continuing to support all stables in order to achieve the vision of endurance horseracing’s development in the Kingdom.

HH Shaikh Nasser expressed his appreciation for the outstanding efforts made by BREEF, headed by His Highness Shaikh Isa bin Abdulla Al Khalifa, and all the federation’s committees in achieving a positive start to the new season. On his part, Al Awadi said that the strong competition he experienced for first place in the 100km international qualifier is an indication that the current season will be very exciting and will see a high level of quality rides.

He added that the Victorious team will continue to strive for positive results and to be on the podium in each of this campaign’s races.