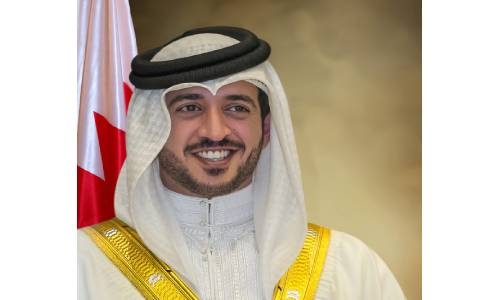 HH Shaikh Khalid expressed his pride for the outstanding performance, which he said reflects Kalkidan’s great capabilities in her running career.

His Highness stressed that breaking World Records is not an easy feat, and it comes as a result of the athlete’s great efforts in the event as well as in training, along with her strong determination.

HH Shaikh Khalid, who is the honorary chairman of the Bahrain Athletics Association, also congratulated BAA president Mohammed bin Jalal and the federation for Kalkidan’s success.