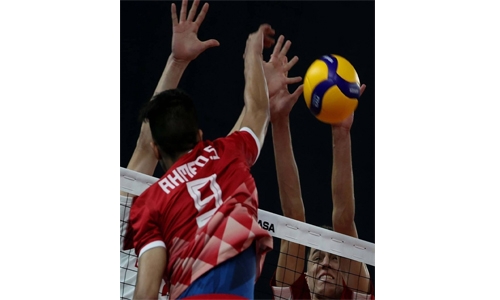 Bahrain lost to Poland 0-3 (21-25, 20-25, 21-25) yesterday in the FIVB Volleyball Men’s U21 World Championship 2021, being co-hosted by Bulgaria and Italy. The nationals suffered their second straight defeat in Pool B of the competition’s preliminary round.

They had previously lost to the home side Bulgarians in their first game in straight sets. Cuba and Bulgaria are the other two teams in their group and they clashed in yesterday’s other Pool B contest.

Sayed Amin Ebrahim was the leading scorer for the Bahrainis against Poland in the loss. He scored 13 points as the only player in double figures. Abdulla Ebrahim and Mujtaba Alshakhoori added four apiece, while three players scored two points each including Hasan Alaiwi, Sayed Hashem Ali and Ismaeel Almansoori. Bahrain will be looking to end their preliminary round campaign on a positive note today in their last Pool B fixture against Cuba.

The match is scheduled for a 1 pm start, Bahrain time. The Bahrainis are out of contention for a place in the top eight, and will play in the lower classification round.

There are a total of16 nations taking part in the competition divided into four pools for this opening stage. After a single round-robin, the pool winners and the pool runners-up will continue their quest for the medals in two new pools, while the remaining eight teams form two other pools to fight for the distribution of the places from ninth to 16th.

The matches in the four second-round groups will take place from Monday to Wednesday and the pool standings will distribute the participants further into semi-final fixtures within the four different classification levels in the final standings.

The title, the rest of the medals and all remaining positions in the final standings will be determined on the last competition day on October 3.