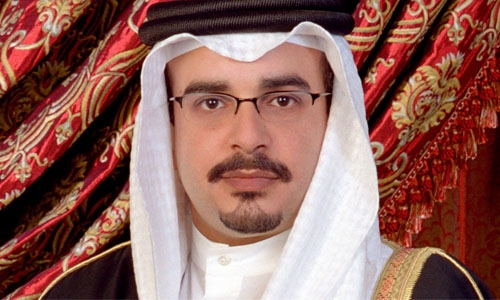 The national efforts to battle the COVID-19 pandemic, under the guidance of HRH Prince Salman, had reaped remarkable success in mitigating the outbreak, for which Bahrain also gained many international accolades. Life in Bahrain is now back to normal, with restrictions eased in almost all sectors, thanks to the intense vaccination drive, which entered the booster stage ahead of many world nations. Bahrain is giving booster jabs to all above 18 years of age, making it one of the few countries in the world to take such a decision.

Granted by the 2021 C3 US-Arab Healthcare & Business Summit, the award also recognises the efforts of HRH in developing and consolidating relations between Bahrain and the United States.

Shaikh Abdullah bin Rashid Al Khalifa, the Ambassador of Bahrain to the US, received the leadership award yesterday, representing the Crown Prince and Prime Minister, in a function held in New York. Speaking at the event, Shaikh Abdullah thanked HRH Prince Salman for his continuous follow-up of COVID-19 measures in the best interest of the country and citizens and support for efforts to promote peace in the region.

The Ambassador also highlighted the courageous steps taken by Bahrain in signing the Abraham’s Accords for normalising ties with Israel. “This reflects the vision of His Majesty King Hamad bin Isa Al Khalifa, which has its basis on the values of tolerance and coexistence,” said the envoy. The Ambassador further expressed pride in the pioneering efforts of HRH Crown Prince and Prime Minister and his leadership of the national efforts to address the Coronavirus pandemic.

He highlighted the Afghanistan relief and evacuation efforts backed by Bahrain, which had won the praise of many world leaders. These efforts, Shaikh Abdullah said, had contributed to strengthening the role of the Kingdom and its position at the international level. 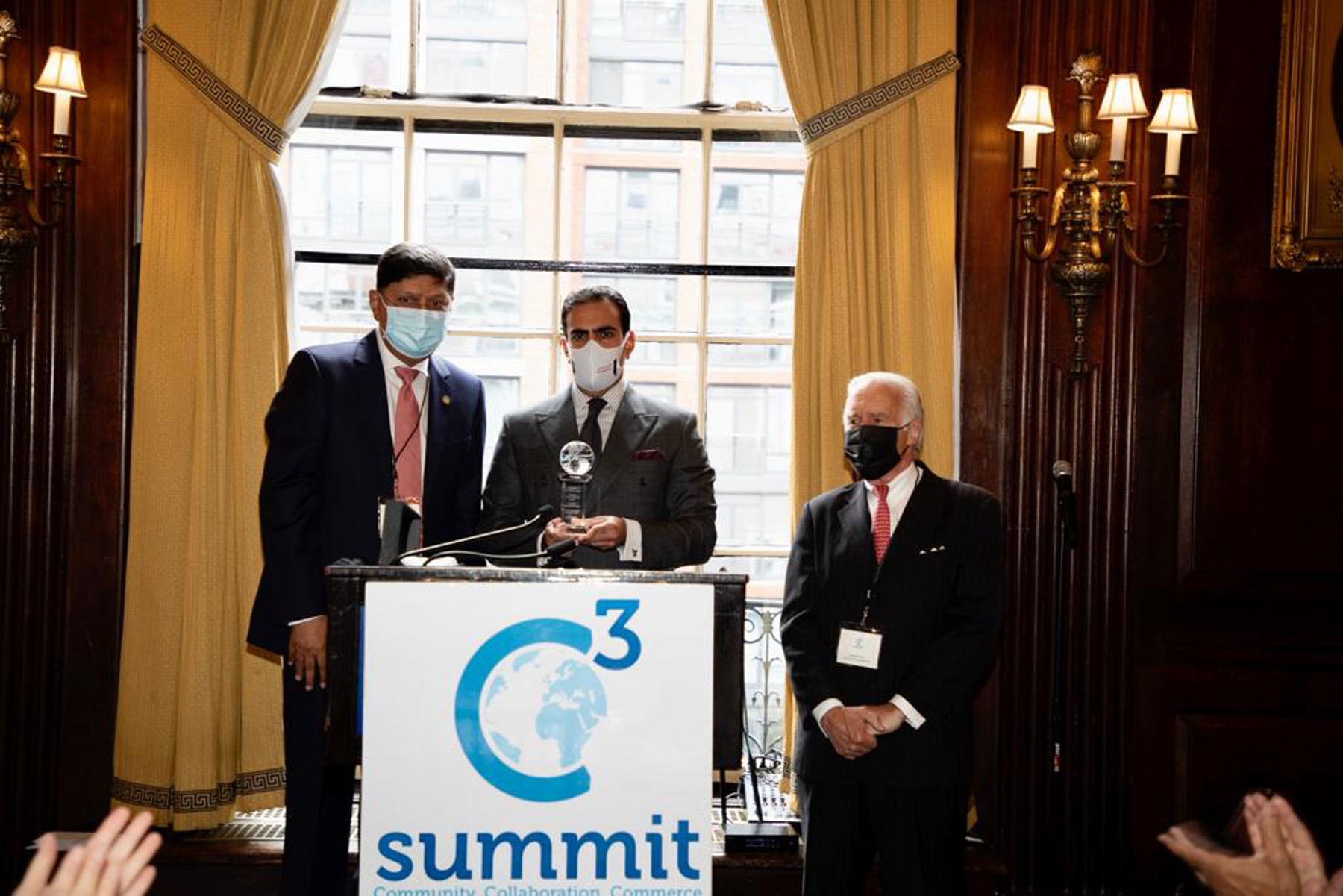 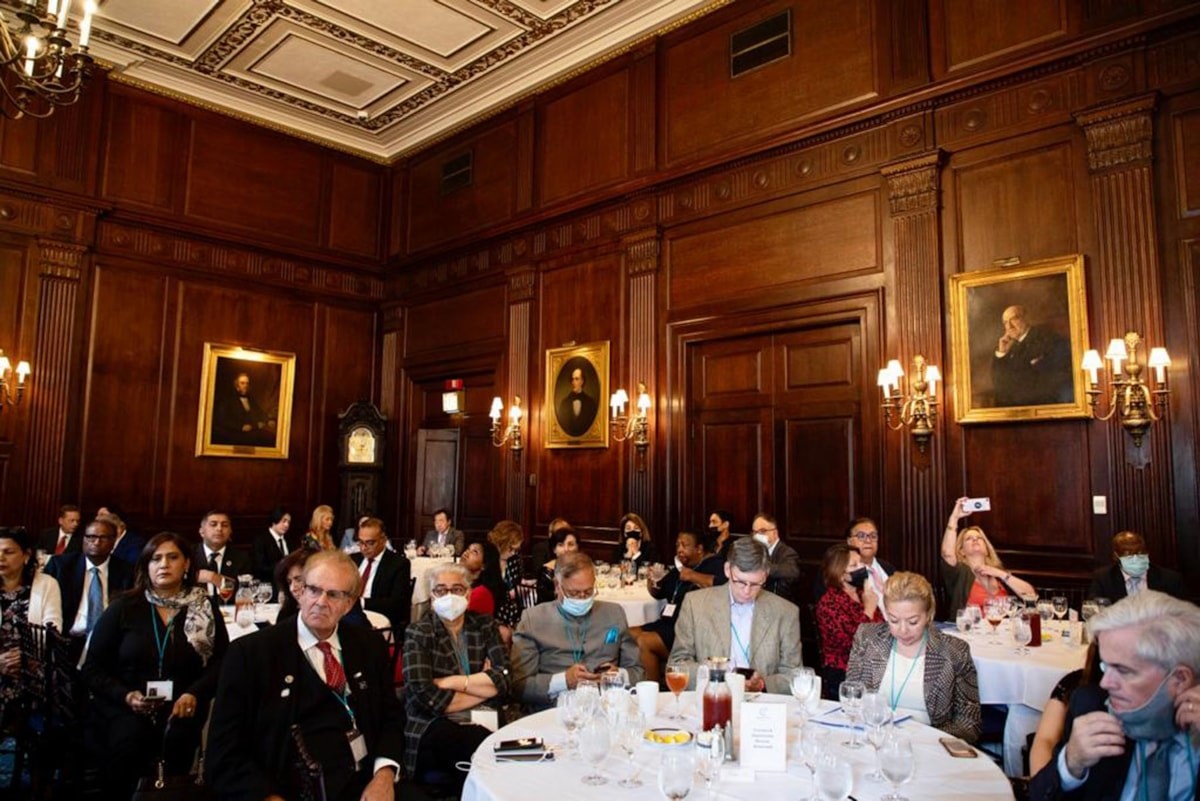 Participants at the award