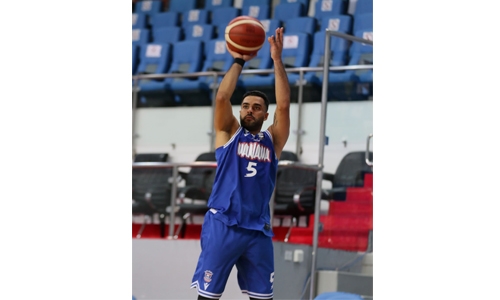 Bahrain’s Manama Club is set to take part in the 33rd Arab Clubs Basketball Championship, which will be taking place in Alexandria, Egypt from September 29 to October 9.

The draw for the tournament’s preliminary round was held yesterday, and the Bahraini representatives were placed in Group D. They are alongside Beirut of Lebanon, Al Bataeh of the UAE, Kuwait Club of Kuwait and Al Gharafa of Qatar.

There are 18 teams in all in the competition, divided into four groups for the opening stage. The top two teams from each group following a single round-robin will move on to the quarter-finals.

Group A features defending champions Al Ittihad Alexandria of Egypt, Blida of Algeria, and teams from Yemen and Morocco. Group B includes Sharjah of the UAE, Al Yarmouk of Kuwait, Al Wakrah of Qatar, Ezzahra from Tunisia and a team from Sudan. Group C comprises Al Ahly of Egypt, Widad Adabi Boufarik of Algeria, Al Shaab Hadramaut of Yemen and Al Fateh of Saudi Arabia.

They are expected to be bolstered by the professional pairing of Devin Ebanks from the US and former Serbian national team player Vladimir Stimac. The schedule of the tournament will be announced soon by the Arab Basketball Confederation.