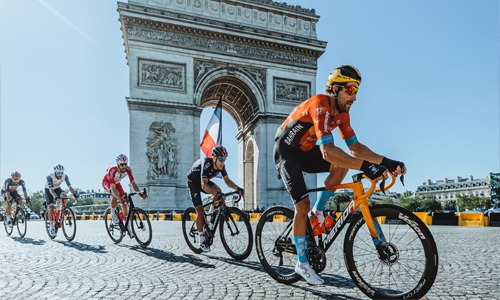 His Majesty the King’s humanitarian work and youth affairs representative His Highness Shaikh Nasser bin Hamad Al Khalifa said that the distinguished achievements of Team Bahrain Victorious at the Tour de France 2021 reflect the progress of their performance at international races, contributing to achieving the Bahrain Economic Vision 2030 and promoting the Kingdom in the best way.

HH Shaikh Nasser expressed delight over the success of Bahrain Victorious in claiming the Best Team award, noting that the results will be a catalyst for attaining more successes in the future.

During the Tour de France, Bahrain Victorious ranked first amongst all squads, clocking 249 hours, 16 minutes and 47 seconds. They also clinched the second-best climber classification with 88 points and the third position in points, with 227 for winning three stages, namely the seventh, eighth and the 19th.