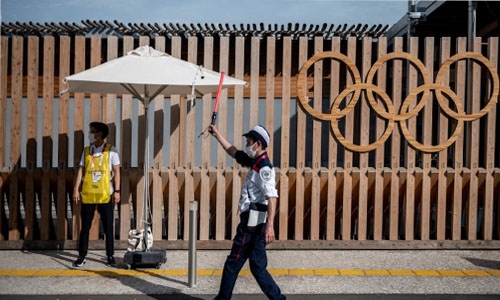 The Tokyo Olympics has registered its first Covid-19 case in the Olympic Village six days before the Games open, organisers said on Saturday.

"There was one person in the Village. That was the very first case in the Village that was reported during the screening test," Masa Takaya, spokesman for the Tokyo organising committee, told a press conference.

Health and sports officials at Hamamatsu city, west of Tokyo, said virus screenings were done before the judo delegation of around 30 members arrived there on Saturday.

None of the infected individuals came in contact with the athletes, they said.

Tokyo is currently under a virus state of emergency, with infections surging. The city recorded 1,149 cases on Wednesday, the highest figure since January.

Several areas around the capital are under looser virus restrictions.

Olympic participants will be subject to strict virus rules and kept largely away from the Japanese public.