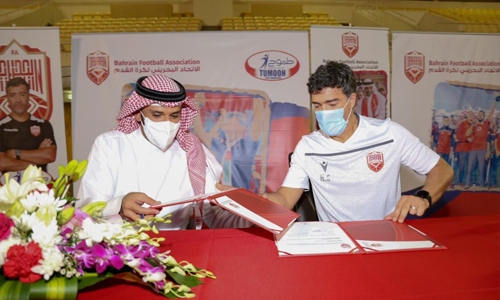 "The tremendous support of HH Shaikh Nasser and HH Shaikh Khalid is a source of great motivation for the team members to achieve the best results," Sousa who helped Bahrain win their first Gulf Cup said.

Bahrain has three matches remaining in their Group C campaign, taking on Cambodia first, before facing Iran and Hong Kong.

"We must focus on playing inside our philosophy, the way that we want, go again to the pitch to make it happen, and try to get one more victory," Sousa said in an interview in March.

"We'll be more prepared for when the qualifying matches resume. The first match will be the most important. After that, we will start thinking about the second game."

Yes! Tokyo Olympics are ‘a go’ despite opposition, pandemic