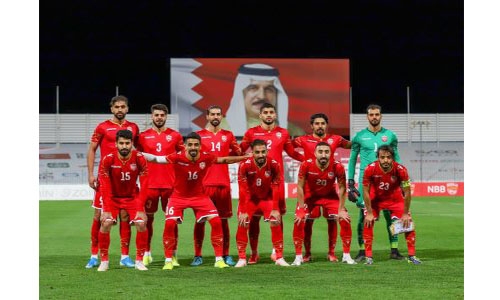 Those qualifiers are scheduled to be held in the Kingdom beginning the first week of next month, and the camp is the team’s final lead-up to that crucial period.

Part of the Bahrainis’ camp will be held in Kiev, starting Thursday later this week.

First, they will take on their Ukrainian counterparts at the Metalist Oblast Sports Complex stadium in the city of Kharkiv on May 23.

They will then go against Malaysia at home on May 28.

Bahrain is in Group C of joint-qualifying, along with Iraq, Iran, Cambodia and Hong Kong.

Bahrain is set to go against Cambodia on June 3, Iran on June 7 and then Hong Kong on June 15, all in the Kingdom. The Bahrainis are currently second in the group with nine points, having won two matches and drawn thrice. Iraq is the leaders with 11 points after winning three games and drawing two other times.

Iran is third with six points but has played just three matches so far and have two wins and two losses.

Hong Kong and Cambodia completed the Group C table with five points and one point, respectively. There are eight groups in all in this round of qualifiers, with five nations in each group.

At the end of this stage of qualification, the eight group winners and the four best runners-up advance to the third round of World Cup qualifying, and also secure their berths in the Asian Cup. The next best 24 teams will compete in a separate competition for the remaining 12 slots in the Asian Cup

WHO urges rich countries to donate shots instead of vaccinating children