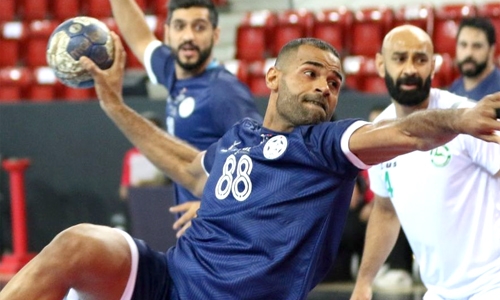 Al Najma kept their hopes alive for a fantastic league and cup double following a 27- 23 victory over the Bahrain Club last night to secure a place in the final of the inaugural Khalid bin Hamad Handball Cup. The match was tightly contested over the opening 30 minutes as both teams were deadlocked at 12-all. Najma were then able to pull away in the end for the big win and the berth in the final.

Bahrain international goalkeeper Mohammed Abdulhussain was later named the Player of the Match for Najma.

Najma is set to face off with for the title the winner of the other semi-final contest between Al Ahli and Barbar. That game is scheduled to be played this evening at the Bahrain Handball Association arena in Um Al Hassam starting at 9.30 pm. The final has yet to be scheduled by the BHA.