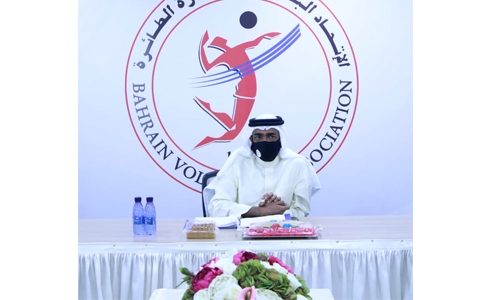 Brazilian Leandro Alves de Carvalhi was also signed to coach the Kingdom’s junior national squad, while Lucas Ferreira Rodrigues was signed as the physical therapist for all of Bahrain’s national teams.

Their signings were officially approved in a board of directors meeting, chaired by BVA president Shaikh Ali bin Mohammed Al Khalifa and attended by the board’s members.

Details of the national teams’ upcoming local and overseas training camps were also discussed and approved.

Meanwhile, the dates for the start of the 2021/2022 national volleyball season were determined. The Isa bin Rashid First Division Volleyball League will begin in January of next year, while the Crown Prince’s Cup will get underway after the completion of the league.

Tournaments for the lower age groups will begin in September.