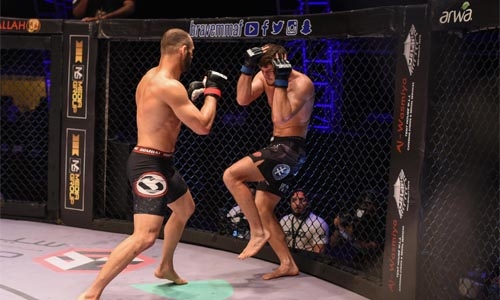 BRAVE CF 50 was the epitome of what made BRAVE Combat Federation the fastest-growing Mixed Martial Arts promotion in its first 50 editions. Packed with exciting fights, the event showed what is about to come in the future for the truly global organization but also portrayed the biggest stars that made history in this first chapter.

In the main event of the evening, Jarrah Al Silawi, who owns the record of most BRAVE CF finishes in history, once again showed why he’s the #1 ranked Super Welterweight fighter in the world and defeated Ismail Naurdiev via TKO in the second round. Naurdiev started strong but Jarrah quickly picked up the pace and started to land vicious leg kicks to his opponent’s open stance.

They came to the second round and the pressure was too much for Naurdiev to take. With yet another sequence of leg kicks, Jarrah compromised Naurdiev’s left leg and the challenger fell, forcing the referee to intervene and stop the fight. After the fight, Jarrah said that he was not only defending his own legacy inside the cage but that he felt like he was also defending BRAVE CF’s legacy as an organization in the main event bout.

“I don’t think it was an easy fight at all. Ismail is a tough guy, he fought really well but I just managed to exhibit everything I trained so hard for”, he said.

BRAVE CF is my home and I had to defend my home against a fighter that was coming off fresh and surrounded by hype”. Sweden’s Anton Turlkalj completely obliterated Konstantin Soldatov and got a 13-second knockout with a brutal spinning back fist. The quick night at the office for Turkalj earned him the record of fastest KO in the history of BRAVE CF.

After the impressive win, Turkalj showed his usual swag in the post-fight interview. “I am the biggest name in the Light Heavyweight division… Nay, in the whole BRAVE CF.

They should make a belt for me because I’m the best fighter and also the prettiest. I won’t leave any message to whoever wins the belt because they have to chase me”, he said. Two of Russia’s most decorated Flyweights, Ali Bagautinov and Velimurad Alkhasov advanced in the prestigious BRAVE Combat Federation Flyweight World Title Tournament with wins over Dustin Ortiz and Zach Makovsky, respectively.

Velimurad, who avenged his only professional loss, suffered in 2020 via split decision against Makovsky, is the first man qualified to the tournament’s final. Bagautinov, who’s now 2-0 at BRAVE CF will take on Jose “Shorty” Torres for a spot in the grand final. 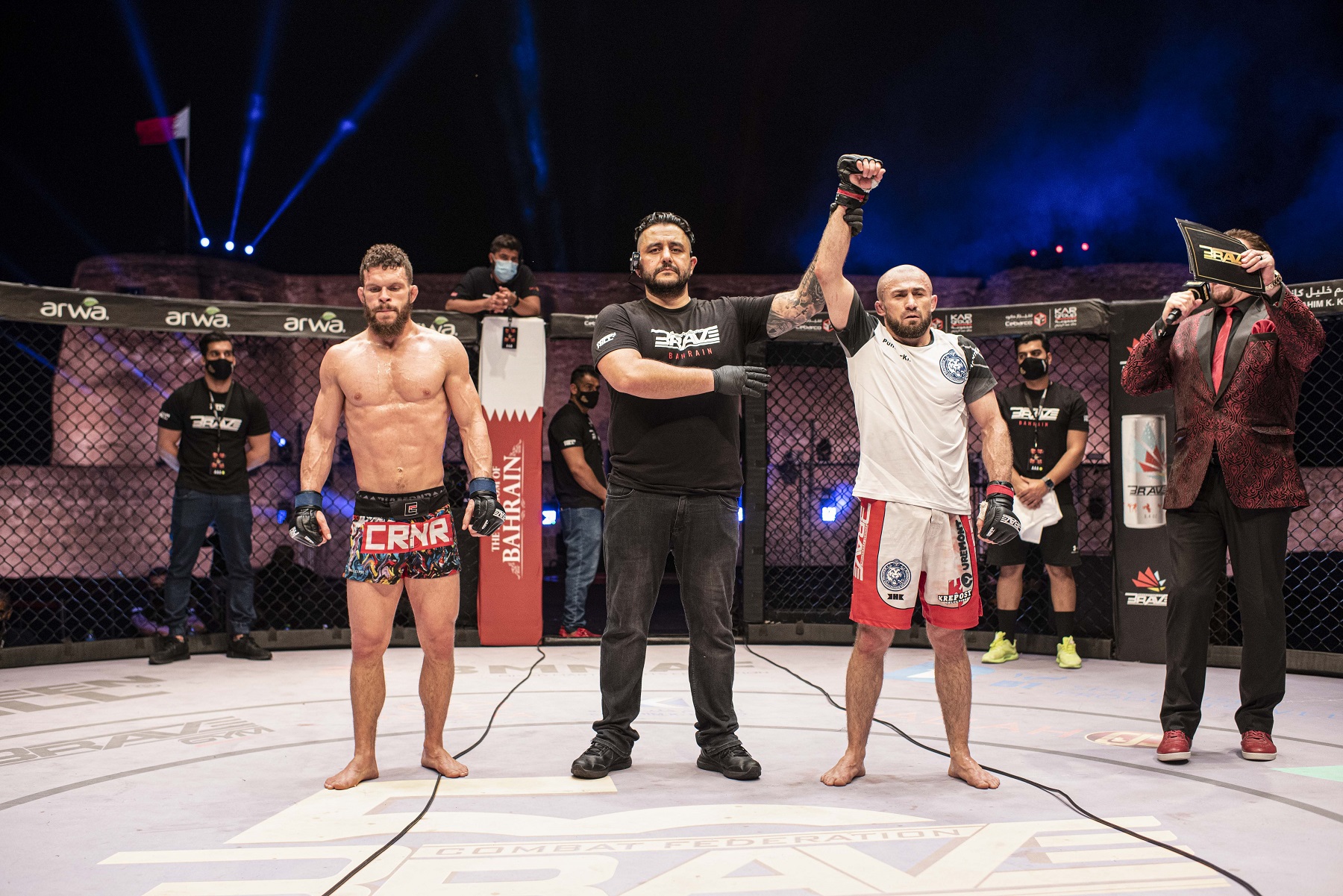 That’s because Mohammad “The Latest” Fakhreddine fell ill in the backstage, hours before his Light Heavyweight title fight against Mohamed Said Maalem, and wasn’t able to make his way to the cage.

Officials have confirmed that Fakhreddine was taken care of and is recovering but did not disclose eventual plans of rescheduling the title bout.