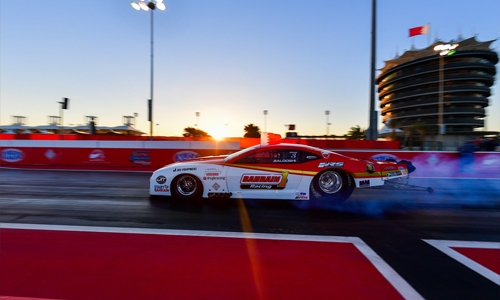 Bahrain1 Racing’s Khalid Al Balooshi has added another feather to his cap after securing the Pro Mod title in the 2021 Bahrain Drag Racing Championship at Bahrain International Circuit (BIC).

Al Balooshi clinched the highly coveted crown following the season’s fourth and penultimate round, held over the weekend at “The Home of Motorsport in the Middle East” in Sakhir.

Shaikh Salman commented: “Congratulations to His Majesty the King’s Personal Representative His Highness Shaikh Abdulla bin Hamad Al Khalifa, Khalid Al Balooshi and the entire Bahrain1 Racing crew for a brilliant season and for securing the Pro Mod title amongst a competitive field. “Bahrain1 have been dominant this entire campaign, winning all four rounds held to date and continuing to raise the bar each time they take to the drag strip. “The team’s prowess and professionalism are a true testament to what it takes to be a champion, and they continue to make the Kingdom of Bahrain proud both on the international and local stages. “We wish them continued success in their upcoming competitions, particularly in their upcoming bid to claim a hattrick of world championship titles in the NHRA Pro Mod Series in the United States.”

Al Balooshi sealed his national Pro Mod title after defeating defending champion Hani Ali of Bapco Motorsport in their final elimination run of round four. The Emirati ace had a blistering time of 3.689 seconds in the head-to-head with a top speed of 328.22kph.

Ali put in an impressive fight with a time of 3.778s at 318.67kph. The result gave Al Balooshi 1,464 points with his fourth successive victory this season in a clear sweep of the category so far. He has built a gap from Ali on the standings that ensures him of the title, even with the final round still to take place.

Al Balooshi and Bahrain1 Racing headline the group of six newly crowned champions who were all able to seal their respective crowns heading into the season-ending meeting, which is scheduled to take place April 13 to 16 at BIC. 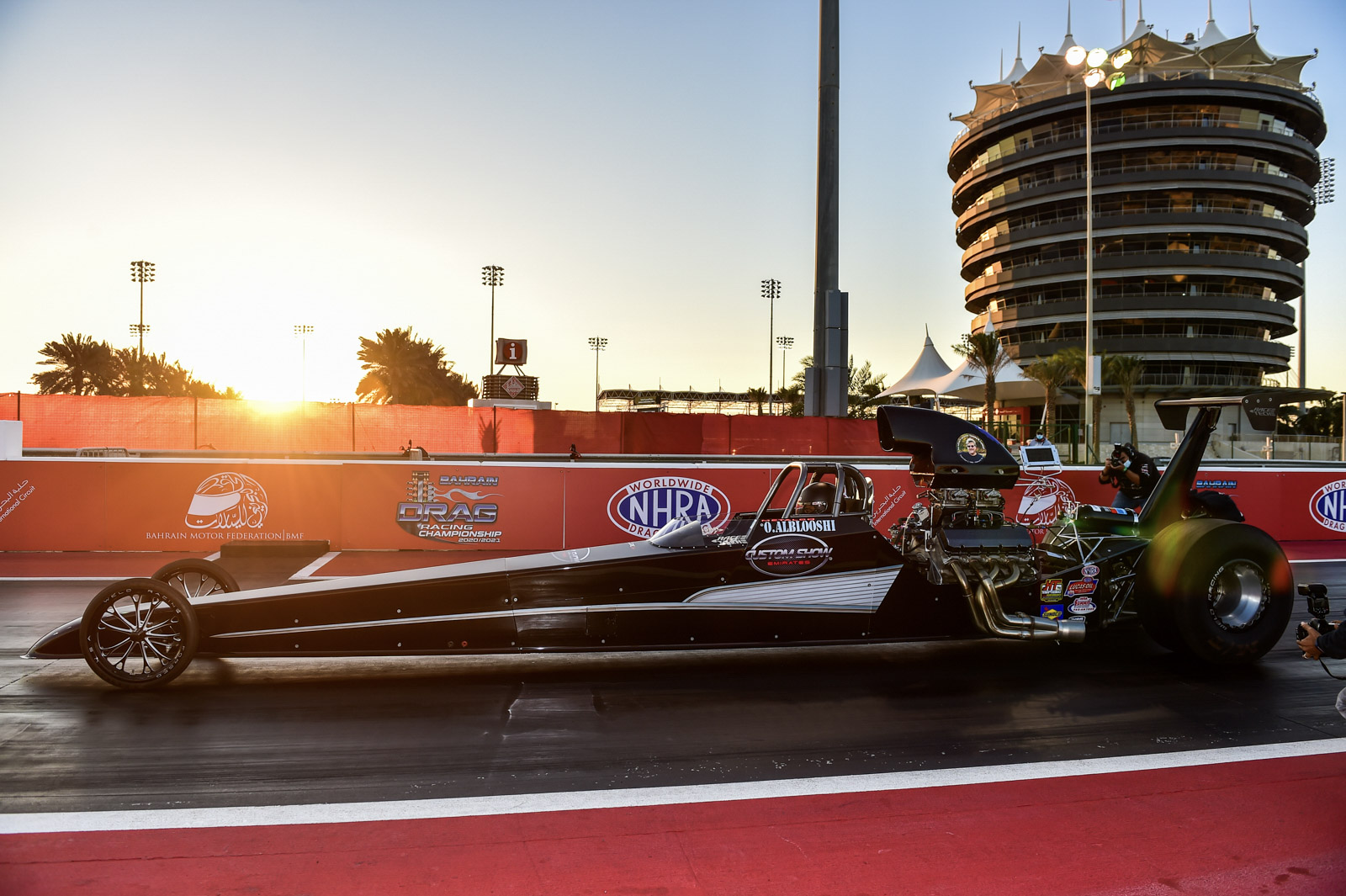 In round four, Hani Ali was able to secure the Index 8.5 title despite losing to Sayed Hussain Salman in the category final. Salman had a winning pass of 8.670s at 230.68kph.

Obaid Al Balooshi claimed first place in the Competition 4.5 class after defeating Abdulrahman Bu Alwa in their decisive elimination with a 4.526s time at 245.80kph. Hussain Mohammed followed suit in the Super Street V8 category’s final, winning against Khalid Saif. Mahmood Mohammed had a solo run in the Outlaw 4 final to claim his win, while Nawaf Almannai defeated Yousif Al Zayani in the Outlaw 6 decider with a 4.541s elapsed time at 2.59.87kph.

It was a close finish as Al Zayani was beaten by only 0.005s.

Elsewhere in the fourth round, Raed Buti took the Index 10.5 victory, Ahmed Sarhan won the Index 9.0 class, Hamad Ahmed was triumphant amongst the Street Fight Bikes competitors, Ali Bahram was first in the Index 8.5 category, and Jehad Al Jamal won amongst the Super Street Bikes.