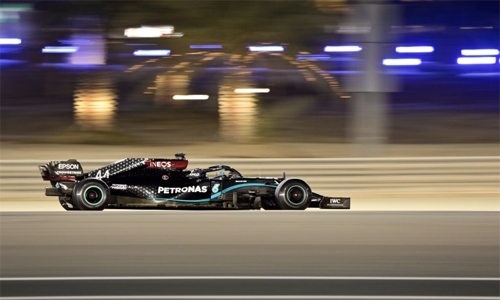 Bahrain International Circuit (BIC), “The Home of Motorsport in the Middle East”, confirmed today that it will be hosting Formula 1 pre-season testing from March 12 to 14.

The three-day sessions will be the only time F1’s teams will have a chance to put their cars through their paces ahead of the start of the 2021 FIA F1 World Championship.

“It’s always a great honour to be able to host pre-season testing and to be part of the excitement in the build-up to the new season. We thank F1 and all the teams for offering us this opportunity.

“We look forward to welcoming the F1 family back to Bahrain in just a few weeks for the test and then hosting the season-opening Grand Prix shortly after.”

In addition to F1 testing, BIC is also set to host the pre-season tests of the FIA Formula 2 Championship from March 9 to 11. F2 will be holding the first round of its 2021 campaign in support of the Bahrain Grand Prix.