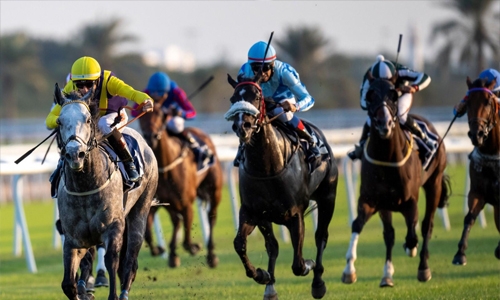 Nine exciting races are on today’s card at Rashid Equestrian and Horseracing Club (REHC). The main event is for the REHC Cup.

It will be over a six-furlong straight with a BD3,000 total prize.

Dark Power, Roman River and Buffer Zone are the favourites among the 10 horses entered.

Some of the Kingdom’s leading owners and trainers are represented in the race, including Victorious, Al Mohamediya Racing and Al Adiyat Racing, among others.

Meanwhile, Lexus Cups will be up for the taking in five races.

A Royal Golf Club Cup is also up for the taking in race six, set over eight furlongs with a BD2,500 prize, while in the first race over six furlongs, on the line will be the Al Fatees Bin Salem Al Hajeri Cup and a BD1,500 total prize. Racing gets underway at 1.20 pm at REHC.