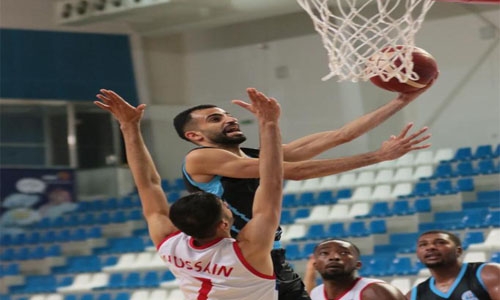 Marcel Jones poured in a game-high 47 points to lead Al Ettihad to a 107-93 victory over Bahrain Club last night in the 2020/2021 Zain Bahrain Basketball League. The American import was red hot from the field, shooting 16-for-29 while firing in five three-pointers.

Ettihad built a 30-22 lead at the end of the first quarter and managed to extend their advantage in the final period.

They were in control the entire game and went ahead by as many as 19 points. Jones also took down 14 rebounds in the full 40 minutes of work, while Hassan Albosta came off the bench to contribute 20 points.

Sayed Hadi Mohammed added 14, as he and Bosta both buried four triples for Ettihad. Bosnian-Serbian player Dragan Tubak led Bahrain Club with 29 points and 27 boards while Baqer Isa had 22. Ettihad improved to a 3-5 win-loss record with the result, while Bahrain Club dropped to 1-8.

In yesterday’s other game, Riffa routed Sitra 98-79. They went up big early and never looked back, enjoying leads as big as 28 points. American Dexter Pittman was their top-scorer with 30 points. He also had 17 rebounds and four blocked shots in the game.

Hassan Abbas chipped in with 17, while Mohayad Ameer had 14 in the win. Diallo Aboubaker paced Sitra with 27, while Ali Eid scored 20 in the losing effort. Riffa took their fifth win in nine outings, while Sitra suffered their seventh loss to go with just two wins.