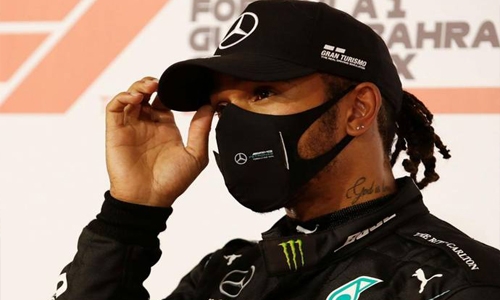 Mercedes F1 driver Lewis Hamilton has tested positive for Covid-19 and will miss this weekend's Sakhir Grand Prix. "Lewis was tested three times last week and returned a negative result each time, the last of which was on Sunday afternoon at the Bahrain International Circuit as part of the standard race weekend testing programme," said a statement from the Mercedes-AMG Petronas F1 Team.

"However, he woke up on Monday morning with mild symptoms and was informed at the same time that a contact prior to arrival in Bahrain had subsequently tested positive. Lewis therefore took a further test and returned a positive result. This has since been confirmed by a retest," the statement added.

Hamilton, last weekend, had won the Bahrain Grand Prix where Romain Grosjean escaped with only minor burns after his car exploded into a fireball. In November, the British driver equalled Ferrari great Michael Schumacher's record seven titles and, with an unprecedented 94 wins, became the most successful driver in the sport's history.

Mercedes is yet to announce its driver replacement plans.