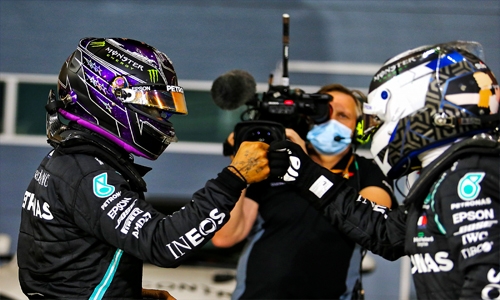 Hamilton was the star man in last night’s qualifying. He registered a best lap time of one minute 27.264 seconds in Q3 to clinch his 10th pole of the season, the 98th of his career

and third at BIC. He will now be gunning for his 11th race win of the ongoing campaign, including fifth in a row.

Hamilton commented: “98 poles, wow! There is always more time to find, small places to improve, but it was a really clean lap for me today.

“I’m not sure why, but I’ve felt so clear-minded this weekend. I just wanted to have fun today and that’s the most important thing for me. I’ve been doing this a long time now, but I still love this challenge, of trying to understand the tyres, fine-tuning the car. I love what I do, and I can still feel myself improving all the time.

“The pressure of fighting for a championship is immense, but with the titles both secure that gives me that feeling of release to go out and drive like I did today.”

Set to start from row two are the Red Bull Racing pair of Max Verstappen and Alexander Albon, while behind them will be Racing Point’s Sergio Perez and Renault’s Daniel Ricciardo on row three.

Esteban Ocon in the other Renault car follow in seventh on the grid, while AlphaTauri’s Pierre Gasly, McLaren’s Lando Norris and Daniil Kvyat in the other AlphaTauri complete the top 10.

Starting from 11th to 15th, respectively, after being eliminated in Q2 yesterday will be Ferrari’s Sebastian Vettel and Charles Leclerc, Racing Point’s Lance Strong, Williams’ George Russell, and McLaren’s Carlos Sainz, who registered no time after his car stopped on the track early on in Q2.

Placing 16th to 20th on the grid are Alfa Romeo’s Antonio Giovinazzi and Kimi Raikkonen, Haas’ Kevin Magnussen and Ro- main Grosjean, and Williams’ Nicholas Latifi, all of whom didn’t make it out of Q1.

He registered a time of 1:28.355 while completing 11 laps over in the 60-minute session. By topping the timesheet, Verstappen prevented Hamilton from registering a clean sweep of the meeting’s three F1 practices.

Hamilton was still second-quickest however with a best lap 0.263 seconds off Verstappen’s mark. Bottas in completed the top three 0.366s behind.

The F1 Gulf Air Bahrain Grand Prix 2020 is scheduled for a 5.10 pm start Sunday. It is the 15th of 17 rounds in the 2020 FIA Formula 1 World Championship, and it also commemorates the landmark 70th anniversaries of both F1 and national carrier Gulf Air. 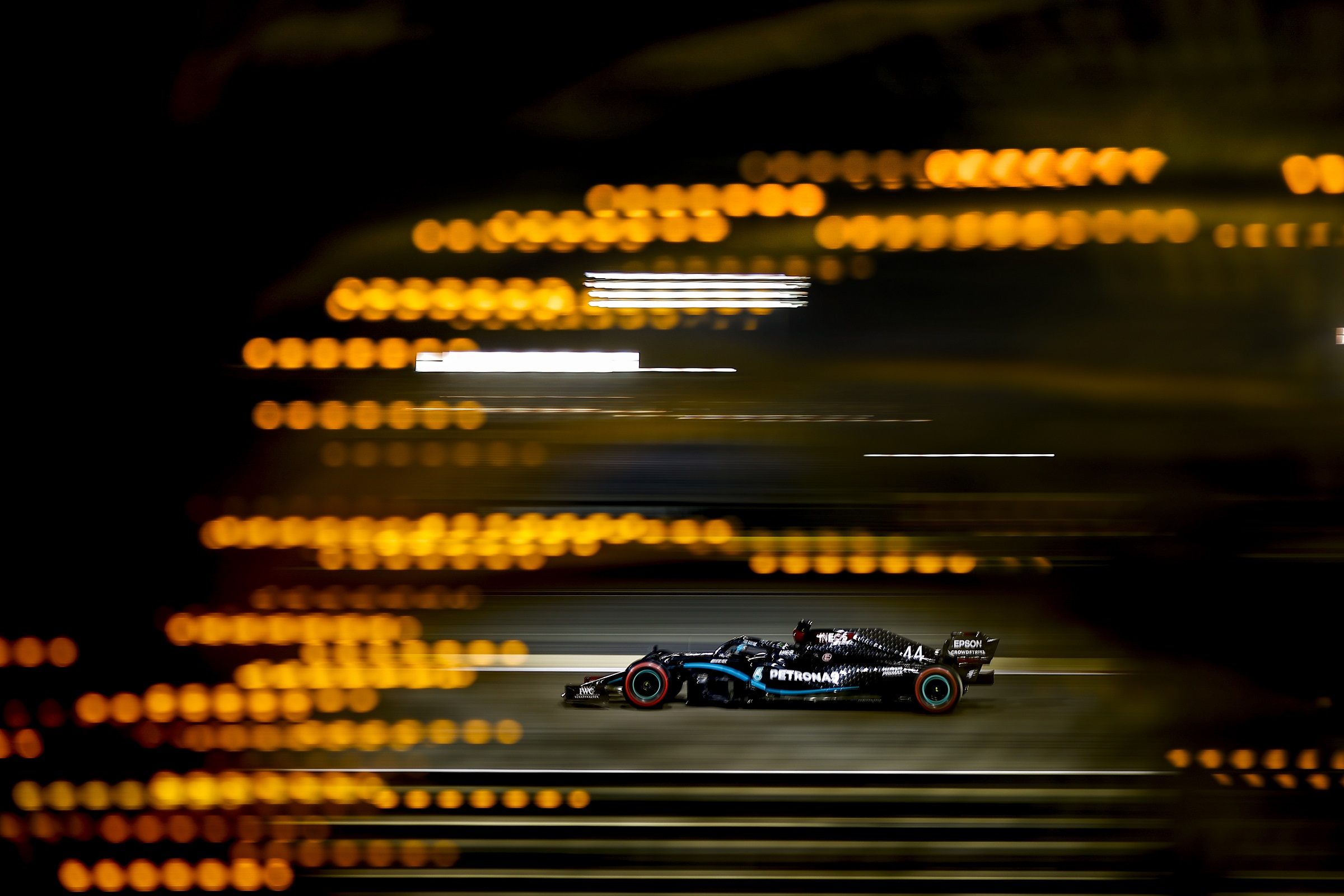 Hamilton speeds down the BIC track