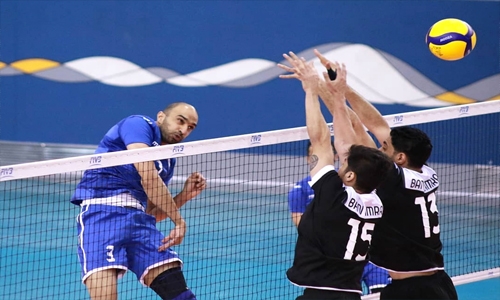 The victors were the aggressors from the opening serve, and they did well to close out the match in straight sets after Bani Jamra threatened to extend the contest to a fourth.

It was the first victory of Nasser in the league following a loss to Al Najma in their first game. Bani Jamra, on the other hand, fell to their second successive defeat after an earlier loss to Al Ahli.

Muharraq maintained their unbeaten start to the season with the result after beating Busaiteen in their first game. A’Ali were dealt their second straight loss. They bowed to Dar Kulaib previously.

This year’s first division league, organized and run by the Bahrain Volleyball Association (BVA), is being held in honour of the late Shaikh Isa bin Rashid Al Khalifa, the former Bahrain Olympic Committee president. Games are being played at the BVA arena at Isa Sports City in Riffa.

League action is scheduled to continue on Thursday later this week with two games. A’Ali will look to bounce back when they face Najma at 6 pm and then Busaiteen will take on Ahli at 7.30 pm. On Friday, Nasser and Muharraq will face off with the aim of extending their winning ways followed by Dar Kulaib playing Najma.