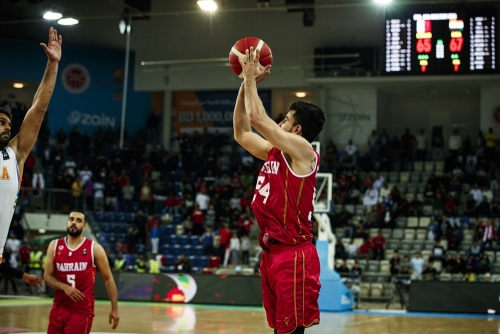 Bahrain has been confirmed as one of four host countries for the upcoming November 2020 windows of the FIBA Asia Cup 2021 Qualifiers, FIBA Asia announced yesterday. The confirmed hosting cities are Manama, Doha, and Amman, with the fourth still to be determined. Bahrain will be staging games in Groups A and D. Group A teams include Korea, the Philippines, Indonesia, and Thailand; while Group D teams are Iraq, Lebanon, India and Bahrain.

Meanwhile, Doha will be hosting games in Groups B and E. Group B teams include China, Japan, Chinese Taipei, and Malaysia. Group E teams include Qatar, Iran, Syria, and Saudi Arabia. Amman will serve as the site for games in Group F, which are Jordan, Kazakhstan, Palestine, and Sri Lanka. The host of Group C games is yet to be determined. The nations in the pool are Australia, New Zealand, Guam and Hong Kong. The most important criteria in choosing the hosts were health and travel guarantees and compliance with FIBA health protocols, including testing and controlled entry into a secure environment, FIBA Asia said. The exact schedule of games will be confirmed later. It is believed that the games will be played in the last week of November.

The decision to play both windows in bubbles, instead of home-and-away contests, for men’s competitions, was confirmed by the FIBA Executive Committee in September after taking into consideration the health and safety of players, coaches, and officials, and following a recommendation from FIBA’s Medical and Competitions Commissions. FIBA will continue to monitor the coronavirus (COVID-19) situation in Asia on a daily basis and communicate further updates regarding FIBA Competitions, when necessary. Bahrain have already played two qualifying games for next year’s continental showcase, including a 68-67 home win over India which was followed by a 73-116 loss to Lebanon in Beirut.

Bahrain are hoping to finish as one of the top two teams from qualifying’s Group D in order to book their tickets to the FIBA Asia Cup. If they finish third, they will have to play in another stage of qualification for a chance to claim one of four other spots up for grabs for the 2021 FIBA Asia Cup. If they finish last, the Bahrainis will be out of the running for a tournament berth.