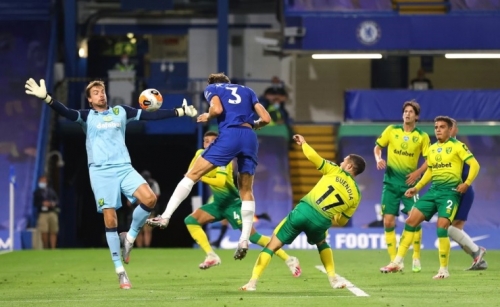 Chelsea boosted their hopes of securing a Champions League spot as they edged relegated Norwich 1-0 on Tuesday. Olivier Giroud scored the only goal of the game on the stroke of half-time to put third-placed Chelsea four points clear of Leicester and Manchester United, having played one game more, according to Deutsche press agency (dpa).

Giroud's goal was the lone bright spot in a flat game, with already-relegated Norwich managing only two shots on goal. But Frenchman Giroud headed Christian Pulisic's cross past Tim Krul in the Norwich goal to win it for the hosts.