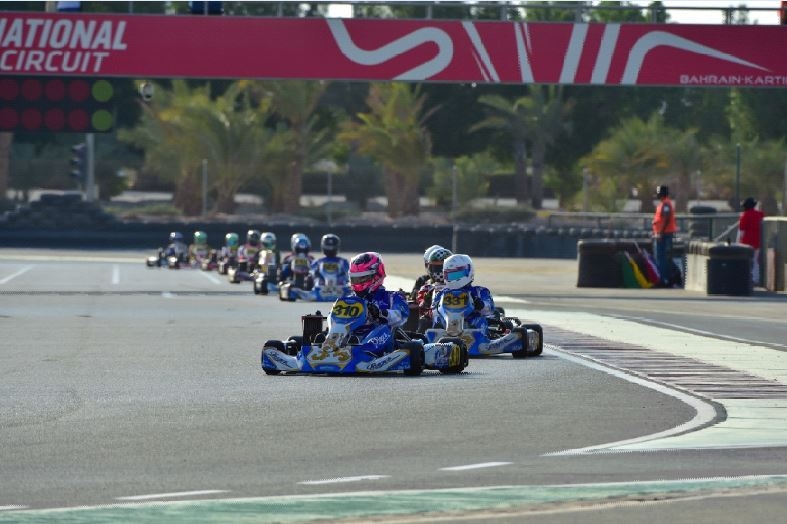 Bahraini karting ace Mohammed Mattar won yesterday in the Shifter class of the fifth round of the 2019/2020 IAME Series UAE, held at Dubai Kartdrome. Mattar clinched first place in the meeting’s 15-lap final in a total race time of 14 minutes 10.266 seconds.

He was 1.710 seconds ahead of Saeed Al Ali at the finish, while Walid Al Qassemi came third a distant 37.618s behind. Mattar also posted his category’s fastest lap of the final of 56.247s around the Kartdrome’s 1.2-kilometre track.

Earlier in the day, Mattar won the Pre-Final by 0.551s ahead of Al Ali; after losing in the Heat to his rival by 0.374s. Mattar had also topped the round’s Qualifying/Practice session with a best lap of 55.252s. The 2019/2020 championship runs over six rounds with race events taking place at RAK Track, Dubai Kartdrome and Al Forsan Circuit.

The top three finishers in each championship category of the IAME Series UAE win entry to the IAME International Final, to be held in Le Mans, France.