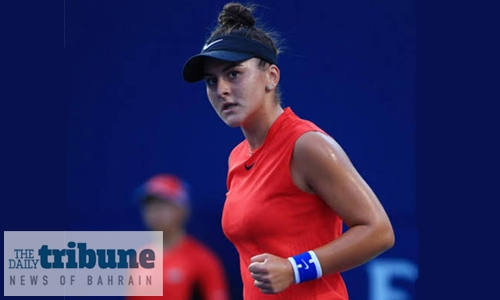 Bianca Andreescu was awarded the Lou Marsh Trophy as Canada’s athlete of the year on Monday, capping a remarkable year in which the teenager became the country’s first tennis Grand Slam singles champion with her U.S.

Open triumph. Andreescu, an unknown quantity to most in Canada a year ago, was a unanimous pick after a breakout season in which she upset Serena Williams in the U.S. Open final and reached a career-high fourth in the world rankings. “Wow, I’m so thankful for this award.

I was not expecting it and to be the first tennis player to win is even more surreal,” the 19-year-old Andreescu said in a statement issued by Tennis Canada. Andreescu began to gain attention in when she beat former world number ones Caroline Wozniacki and Venus Williams on her way to the Auckland final.