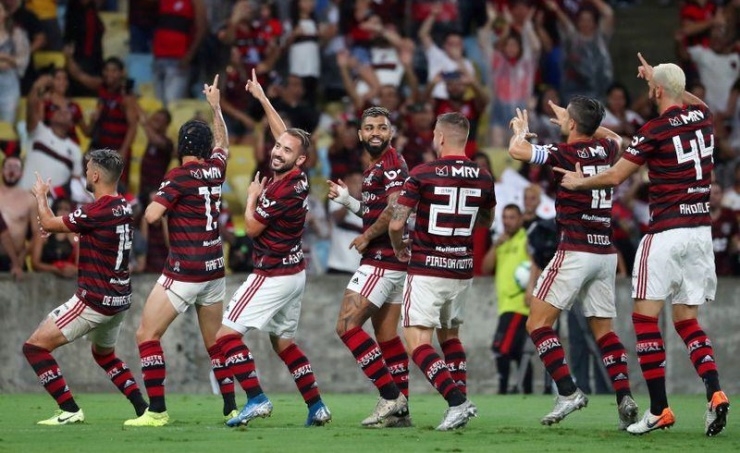 Flamengo were the big winners at Monday’s Player of the Year awards in Brazil with the Rio de Janeiro club taking the best player, coach and goal of the season honors.

Nine of the 11 players chosen for the team of the year came from Flamengo, who did the double by winning the league and the Copa Libertadores, South America’s equivalent of the Champions League, Reuters reported.

Flamengo striker Bruno Henrique won the Player of the Year award and team mate Everton Ribeiro took home the fans’ award. Corinthians’ forward Milene was elected the women’s Player of the Year. The entire back four of the team of the year all came from Flamengo, with Rafinha taking best right back and Filipe Luis winning best left back, alongside central defenders Rodrigo Caio and Pablo Mari. Gerson, Giorgian De Arrascaeta and Everton Ribeiro were three of the best four midfielders, while both forwards, Gabriel Barbosa and Bruno Henrique, also came from Flamengo.

The only two of the 11 players who were not from the Rio side were Athletico Paranaense pair Santos (goalkeeper) and Bruno Guimaraes (midfielder). Barbosa was the league’s top goalscorer with 25 goals and striker Michael of Goias won the Best Young Player of the Year.

Flamengo’s Portuguese manager Jorge Jesus lifted the best coach award after leading his team on a 29-game unbeaten run that ended on the final day of the season on Sunday with a loss at second-placed Santos.