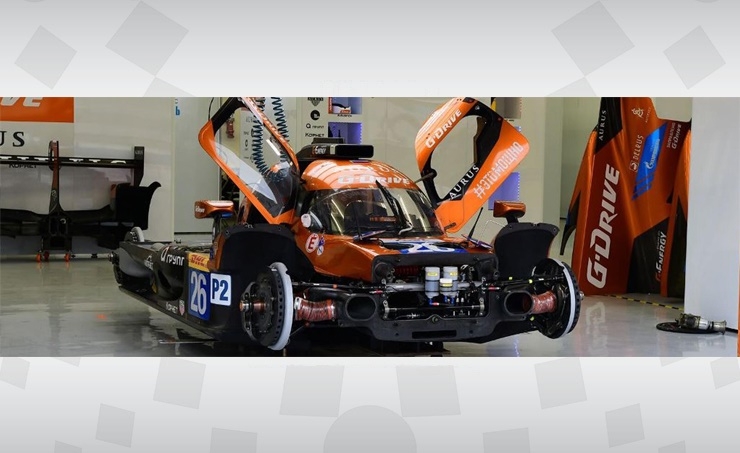 Under the patronage of His Royal Highness Prince Salman bin Hamad Al Khalifa the Crown Prince, Deputy Supreme Commander and First Deputy Prime Minister,  Bahrain International Circuit (BIC) will host a wide range of festivities on the Kingdom of Bahrain National Days celebrations, marking the anniversary of the establishment of the modern State of Bahrain by its founder Ahmed Al Fateh as an Arab and Muslim country in 1783, the Anniversary of Bahrain's accession to the UN as a full member and the Accession Anniversary of His Majesty King Hamad bin Isa Al Khalifa to the Throne.

The endurance racing spectacle, happening as part of the four-day BIC National Day Festival marks the midway point of the 2019/2020 WEC season.

Race fans will be able to enjoy the Le Mans-inspired action on Friday and Saturday at the Sakhir track while the National Day celebrations will be held at the BIC on December 13 to 16.

WEC officials and team members have already begun arriving in the Kingdom. They have been hard at work over the past couple of days at BIC unpacking their crates of equipment and setting up their respective bases and garages in preparation for the start of racing.

A number of the WEC’s star drivers have also started to reach Bahrain. Russian Roman Rusinov of LMP2 team G-Drive Racing was among the first to make it to the Kingdom. He and the other WEC delegates received a warm welcome upon their arrival at Bahrain International Airport by BIC’s Meet and Greet team members.

The Bapco 8 Hours of Bahrain is the WEC’s only event in the region, and it kicks off the on-track activities on Thursday, which will be closed to the public. There will be a pair of 90-minute practices on the day, setting the stage for another 60-minute practice and qualifying on Friday.

The big eight-hour race is scheduled for Saturday starting in the daylight at 3pm and continuing until 11pm with BIC being brilliantly lit by its state-of-the-art floodlighting system.

Aside from the WEC, there will also be racing in racing in two highly popular support series: the MRF Challenge single-seater championship from India and the BIC-based Porsche Sprint Challenge Middle East.

Off the race track, the entertainment throughout the four-day festival will be highlighted by nightly concerts featuring some of the region’s biggest names in music. Star singer Balqees will be taking to the stage on the first night on Friday, followed by Mohammed Al Salem on Saturday. Essa Al Marzouq will then perform on Sunday and then Abdullah Al Rowaished will go live on stage on Monday. Each concert is scheduled for an 8.30pm start every night.

There will also be the biggest fireworks display in the Kingdom of Bahrain at the festival, as well as world-class performing artists from around the globe such as The Black Angels acrobats, Spark! LED Drummers and Stannage International Stunt Team, plus carnival rides for kids, traditional music, food stalls and a shopping bazaar.

Tickets to each day of WEC and the BIC National Day Festival are just BD1 per person per day. Tickets can be purchased online at BIC’s official website www.bahraingp.com, by calling the BIC hotline on +973-17450000 or at the BIC stand at City Center Bahrain.