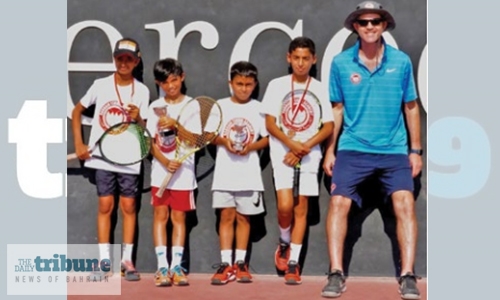 Haiyder Al-Fareed, Abdulrazzaq Al-Henabi, Hashim Al Toobli and Ahmed Al Sayed won through to the semi-final round in which Haiyder overcame Abdulrazzaq and Hashim defeated Ahmed. In the play-off for third place, Ahmed was successful in overcoming Abdulrazzaq. Then, in the final match, Hashim claimed the title over Haiyder 7-3, 7-3.

In the 12-and-under-category, players took part in a round-robin format competition in two groups. At the conclusion of the group stage, four players had earned themselves a place in next weekend’s semi-finals: Haiyder Al-Fareed, Rohan Mukherjee, Abdulrazzaq Al-Henabi and Ali Al-Ahmed.

Plenty of thrills in karting sprints