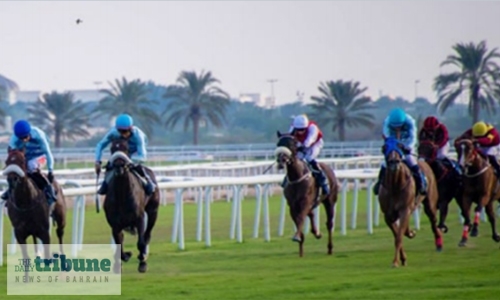 Port Lions, Starboy and Mushtaq are all with chance in the main race tomorrow at Rashid Equestrian and Horseracing Club in Riffa The seventh event on the day’s race card is for the Bahrain Petroleum Company (Bapco) Cup. It will be held over a distance of 1,400 metres and it carries a cash prize of BD6,000.

Mushtaq is owned by Al Asayel Racing, trained by Khalid Hilal and is to be ridden by Andrew Elliott. The other horses are Excuse to Linger, Fujaira Bridge, Masarzain, Northern Thunder, Raj to Riches, San Dimas, Sir Viktor, Solar Flair and Wakame. Six other races are to be held from 2pm, with the first race for the Bahrain Olympic Committee Cup and the five others for a Bapco Cup. Race one is over 1,400m and carries a prize of BD5,000.

Karting sprints set for third round