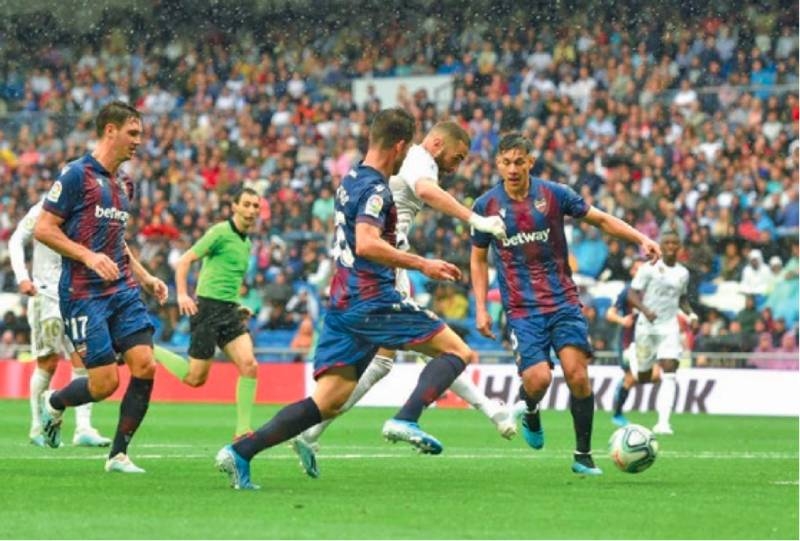 Karim Benzema scored twice yesterday in an outstanding performance for Real Madrid against Levante, although his side were left hanging on for a 3-2 win on the day Eden Hazard made his La Liga debut. The French striker’s goals came just six minutes apart in the first half on a wet afternoon at the Santiago Bernabeu, before Casemiro put Real 3-0 up.

However, Levante, who had won their previous two outings, made a fight of it in the second half as they pulled goals back through Borja Mayoral and Gonzalo Melero. While the manner of their victory was not as convincing as coach Zinedine Zidane might have wished, it was a welcome return to winning ways for Real after they had drawn their previous two games.

Hazard also came off the bench for the final half-hour to make his first appearance in La Liga after a thigh injury had interrupted the start of his Real career following his 100 million-euro ($110 million) move from Chelsea.

Protests against German car industry rev up in Frankfurt