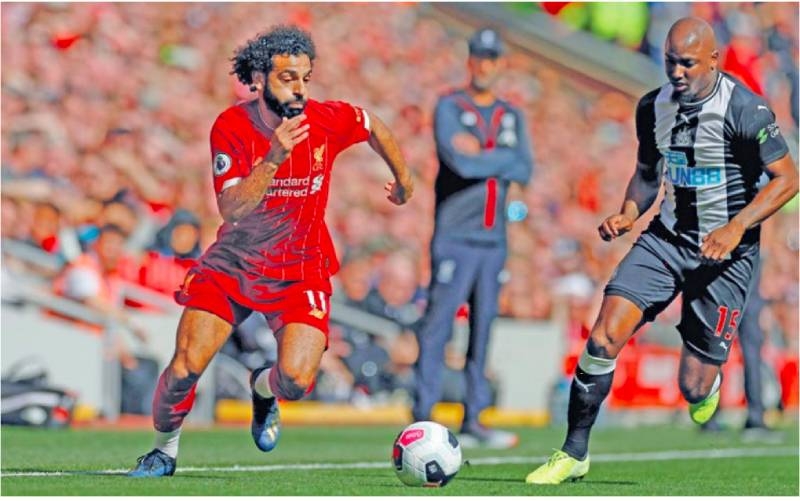 Liverpool recovered from a shock Newcastle opener to open up a five-point lead at the top of the Premier League with a 3-1 win at Anfield, as Tottenham and Chelsea bounced back to form with big wins yesterday. Tammy Abraham’s sensational form continued as the English forward scored a hat-trick as Chelsea romped to a 5-2 win at Wolves. Spurs were 4-0 up by halftime against Crystal Palace to record just their second win of the season as Son Heung-min scored twice, while Erik Lamela and an own goal from Patrick van Aanholt rounded off the scoring on a miserable day for the Eagles.

An injury-hit Manchester United also coped without Paul Pogba to inflict Leicester’s first defeat of the season as Marcus Rashford scored the only goal from the penalty spot in a 1-0 win at Old Trafford. United join Tottenham and Chelsea on eight points from five games, but Liverpool protected the only 100 percent record in the league by reacting to a slow start in style. Manchester City could close the gap at the top to two points with victory in a later match at Norwich.

Jetro Willems fired Newcastle in front on seven minutes to leave the European champions trailing at Anfield for the first time since March. Sadio Mane fired into the top corner to start the revival, but it was the introduction of Roberto Firmino off the bench for the injured Divock Origi that truly turned the tide in Liverpool’s favour. The Brazilian’s through ball was spilled by Martin Dubravka to allow Mane a simple task for his second just before half-time, and another brilliant Firmino flick teed up Salah to seal the points 18 minutes from time.