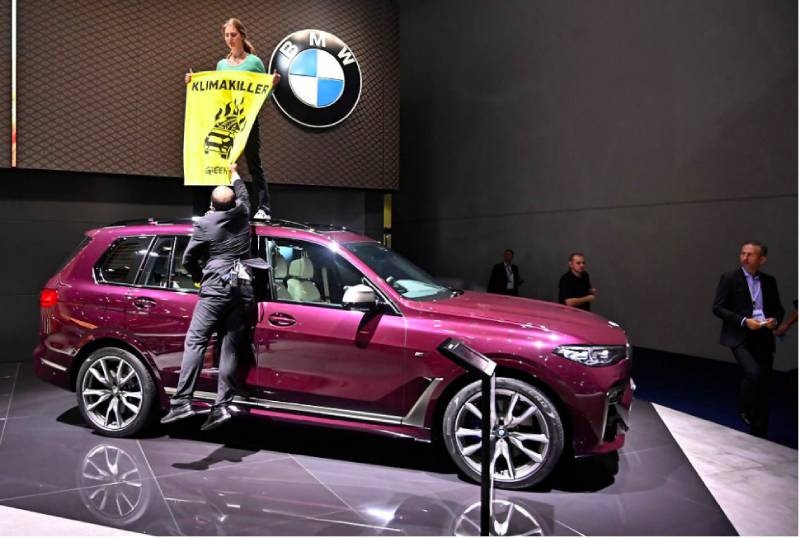 Protests against German car industry rev up in Frankfurt

Environmental campaigners plan to disrupt the Frankfurt motor show this weekend as Germany’s car industry comes under increasing pressure to go green and abandon internal combustion engines. “The car industry has cheated on diesel and is contributing to the worsening climate crisis,” said Gerald Neubauer, a spokesman for the campaign group Compact, which is co-organising a demonstration yesterday at Frankfurt’s biennial International Motor Show (IAA). Police say thousands of demonstrators are expected to walk or cycle to Frankfurt’s Exhibition Centre and activists want to disrupt the car show by blocking the surrounding streets on Sunday.

“We want a revolution in modes of transport,” said a spokeswoman for the climate action group Sand in the Gearbox. The combination of protests and civil disobedience aimed at Germany’s car industry shows the sector no longer enjoys the untouchable status it once held as a key driver in Europe’s biggest economy. Diesel-fuelled cars have remained at low levels of popularity in Germany following Volkswagen’s massive “diesel gate” emissions cheating scandal of 2015.

The 10-day long IAA show, where the latest automobile trends are being showcased until September 22, is crystallizing tensions over the car industry in Germany, where climate change is shaking up the public discourse.