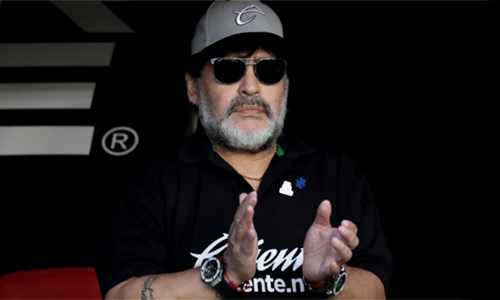 Argentine legend Diego Maradona will take over as coach of Superliga side Gimnasia, the club announced on its Twitter account Thursday.

“Welcome Diego! Every corner of the most beautiful club in the world greets you,” the La Plata-based club said. The former Argentina coach quit his job at Mexican second division outfit Dorados in June for health reasons after just nine months in charge.

His new club, officially known as Gymnastics and Fencing, is currently bottom of Argentina’s 24-club Superliga, with just one point from five matches.

Serena to meet Andreescu for title