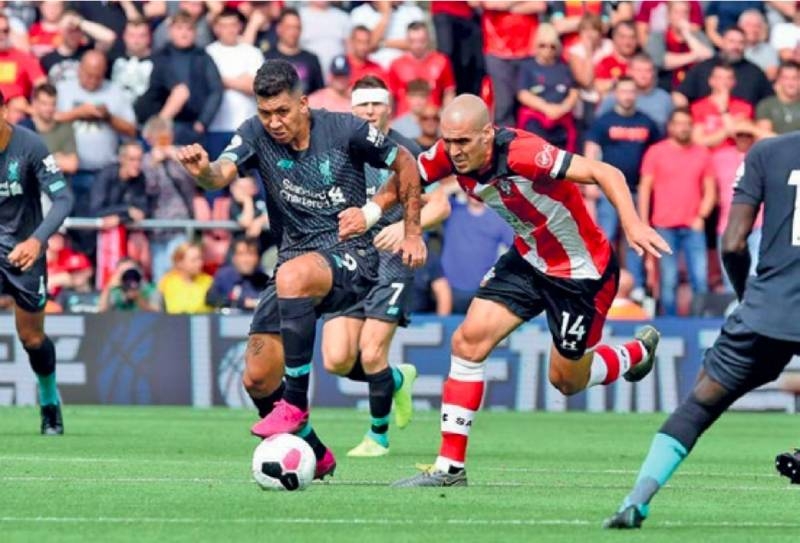 Liverpool made it two successive wins to start their Premier League title bid as goals from Sadio Mane and Roberto Firmino clinched a hard-fought 2-1 victory over Southampton yesterday. Jurgen Klopp’s tired team were ragged in their passing and lacked organisation in defense, but still showed enough mental strength to come away with three points.

It was completely against the run of play when Senegal winger Mane put Liverpool ahead against his former club just before half time at St Mary’s. Brazil forward Firmino scored a clinical second but a dreadful error by Reds goalkeeper Adrian gifted a goal to Danny Ings that set up a tense finish Former Liverpool forward Ings should really have equalized to give Southampton what would have been a well-deserved point.

The reason for the Champions League winners’ lackluster display was not hard to find. While Southampton was recovering from their defeat at Burnley on the opening weekend of the season, Klopp’s men were in Istanbul, playing extra-time against Chelsea in Wednesday’s European Super Cup victory.

That grueling trip seemed to take its toll against Southampton and Liverpool, who also faced Manchester City at Wembley in the Community Shield 13 days ago, looked out on their feet at times. Liverpool soon began to struggle against a lively home side, who should have gone ahead after 21 minutes when Maya Yoshida got above Virgil Van Dijk to reach a corner from James Ward-Prowse, only to see Adrian parry his header to safety.

The Spanish goalkeeper was in action again just short of the half-hour, pushing out a low cross from Ryan Bertrand and for a few seconds, all was chaos in the Liverpool penalty area as defenders tried in vain to clear the ball. And neither Joel Matip nor Van Dijk dealt with a first-time cross by Ward-Prowse from the right, Che Adams getting between them to nod the ball over the crossbar.