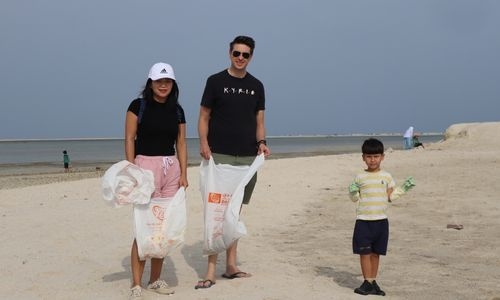 The British School of Bahrain and Evolve Concrete partnership wins an International Award for the environmental initiative.

This week an innovative project between the two organisations was awarded a highly acclaimed international GESS Award at a gala dinner hosted in Dubai.

On the first Saturday of every month, staff, students, parents, and friends of the British School of Bahrain gather to remove rubbish from a chosen Bahrain beach under the flag of the BSB Big Beach Clean.

On a typical day, the team of volunteers, many of whom are children, collect over 1000kg of rubbish from Bahrain’s beaches.

On hearing about this project Evolve Concrete, one of the country’s leading suppliers of concrete fabrications, approached the British School of Bahrain with an innovative and exciting idea to develop the initiative further. 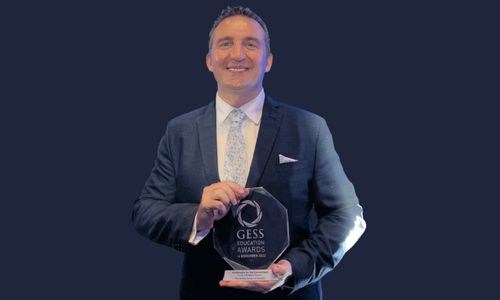 The result was that all hard plastics removed from beaches are sorted and turned into plastic pellets by Evolve Concrete and mixed with concrete.

This mixture, made lighter by the addition of plastic, is then shaped into outdoor furniture by Evolve Concrete and donated back to the local community.

Through this innovation, plastic waste is removed from a local beach and returned, recycled into furniture to be used by local residents .

Something that wa s detracting from the local habitat is transformed into something that is valued by the community.

The panel of judges at the international GESS Awards had never witnessed such an innovative CPR project which combines education, local partnerships, and community benefits.

A host of organisations from across the Middle East and the world were shortlisted for the Environmental Award.

From this, the partnership between the British School of Bahrain and Evolve Concrete emerged victorious.

Executive Headmaster, John Maguire, stated, “The entire community are delighted by the news that our partnership with Evolve Concrete has won an international award.

Both companies embarked on this endeavour for the greater good of the environment and the local community, so to win this award is an unexpected pleasure.

We look forward to continuing to educate Bahraini residents to protect the coastal environment and ensure we can all enjoy our wonderful coastline”.