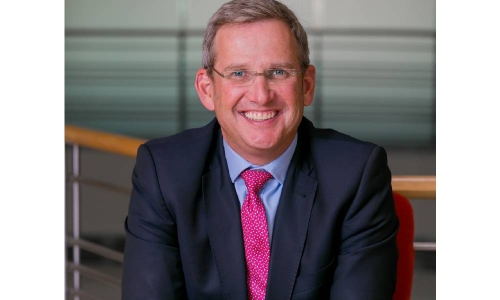 HSBC has announced the appointment of Julian Wentzel as Head of Global Banking for the Middle East, North Africa and Turkey (MENAT) region. Subject to regulatory approval, he will take up the Dubai-based role from 18 September 2022.

Julian will be transferring from London where he is currently HSBC’s Head of Global Banking for the UK and International Europe.

He brings more than 25 years of banking experience across client coverage, capital markets and advisory. Stephen Moss, Group Managing Director and Regional Chief Executive, Middle East, North Africa and Turkey, HSBC Bank Middle East Limited, said: “He will be a valuable addition to our senior leadership team as we continue to deliver on our Group’s growth strategy in this hugely important region.”

Commenting on his new role, Julian said: “It is thanks to our exceptional people and unrivalled network that we helped clients in the region to raise more than US$19 billion from global investors last year and why we continue to lead the capital market league tables.

This is a time of real opportunity for HSBC and our clients in the Middle East.” Julian succeeds Gareth Thomas, who takes on the role of Chief Risk Officer for the bank in the Middle East, North Africa and Turkey region.