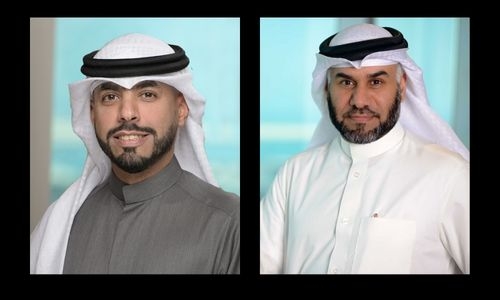 INOVEST yesterday reported a swing to profit in the second quarter helped primarily by positive contributions in the construction and real estate business as well as a reversal of a previously taken provision. Second quarter consolidated net profit attributable to parent shareholders was US$ 0.15 million compared to a net loss of US$ 1.60 m in the year-ago quarter. Earnings per share rose to US cents 0.05 compared to loss per share of US cents 0.54 in the prior-year quarter.

INOVEST attributed the increase to positive contributions in the construction and real estate business, as well as a reversal of a previously taken provision against expected legal actions from several parties which has been concluded as a result of number of court rulings that came in favor of INOVEST during the first half of 2022.

H1 results Consolidated net profit attributable to parent shareholders was US$1.44 m compared to loss of US$ 1.67 m for the same period last year. Earnings Per Share of the parent company amounted to US cents 0.49 as compared to Loss per share of US cents 0.56 in 2021. This increase is primarily attributed to an improvement in revenues from the real estate and contracting sector, as well as a reversal of a previously taken provision.

Consolidated net operating profit increased by 115%, reaching a profit of US$ 0.264 m in comparison to a loss of US$ 1.80 m for the same period of 2021 due in large to the aforementioned reasons except for the provision reversal.

Consolidated operating income increased by 68% to reach US$ 4.70m compared to US$ 2.79 m last year. INOVEST’s cash and bank balances stood at around 10% of the total consolidated assets. To that end, the cash and bank balances stood firm at US$ 24.41 m. INOVEST’s Chairman, Mohammed Hamed Al Shalfan said, “INOVEST has maintained a steadfast focus on achieving key milestones established within its recently approved strategy, whilst simultaneously having to consider and respond to the impact and aftermath stemming from the COVID 19 pandemic.

Subsequently, whilst some investments saw a sustained rate of occupancy throughout, the road to recovery has brought about more solid improvements in the occupancy of other real estate investments. Overall, this has further supported the Group’s previously disclosed intention to activate a greater presence within the real estate sector through its key subsidiary Al Khaleej Development Company “Tameer”.” CEO of INOVEST, Yasser Al Jar provided additional operational insight, “As for developments in our more recent investments, Advanced Projects Group Holding WLL, a specialist Wood Plastic Composite manufacturer based in Kuwait, has continued to deliver consistently positive results within the first half of this year.

Looking at the Group’s subsidiaries, Tamcon, the Group’s contracting arm, has delivered approximately 25% of a recently awarded tender for the development of a Northern City project consisting of four residential buildings and 282 residential units.

The Eastern Hidd residential project, which includes 520 housing units, will also see works commencing within the third quarter of this year. On another front, the BIW Labour Accommodations, a key project to the Group, has seen significant improvement in its occupancy as a result of an uptake in the contracting sector fueled by developments in both public and private development projects. Finally, looking at new investment opportunities, the Group is in the final stages of establishing its directives for a prospective investment.”