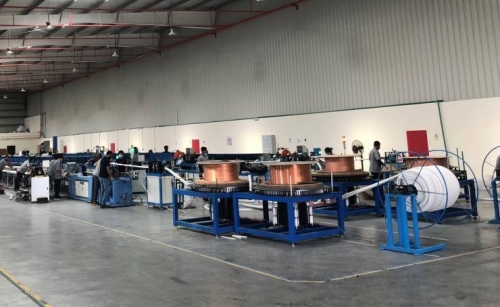 iCOOL, a Chinese company specialised in manufacturing heating, ventilation and air-conditioning products, has invested $10.7 million to set up a factory in Bahrain.

The firm seeks through this company to produce and export air-conditioning insulation pipes to the Middle East, the US and Europe, taking advantage of Bahrain’s strategic location and its free trade agreements with 22 countries around the world.

These include the Free Trade Agreement (FTA) which was signed between Bahrain and the US, in a first in the Arabian Gulf. The Chinese firm, which runs factories around the world and serves customers from 130 countries, with an expected annual revenue of $420 million.

iCOOL has designed and developed nearly 80% of the machines it uses in its factories, allowing the Chinese firm to operate at 10% higher capacity than its peers.

Pandemic gets tougher to track as COVID testing plunges