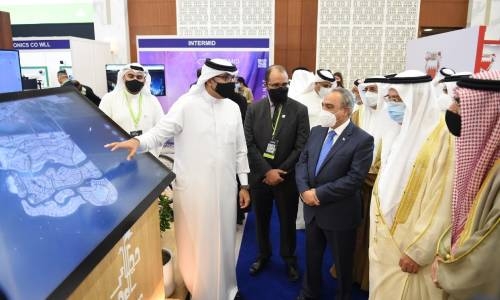 Diyar Al Muharraq, one of the largest real estate developers in Bahrain, announced its backing for the Bahrain Smart Cities Summit as a platinum sponsor.

The summit, held at the Gulf Conventions Center of the Gulf Hotel in Bahrain on Sunday and Monday, was under the Patronage of Essam Bin Abdulla Khalaf, the Minister of Works, Municipalities Affairs & Urban Planning.

The award honours achievements on a sustainability front, especially in the wake of COVID-19.

Diyar is also the first in Bahrain to implement LED streetlights, starting with Al Bareh and Al Qamra and the whole development.

Diyar Al Muharraq showcased its latest projects and developments at its booth.

During the opening ceremony, the Chief Executive Officer of Diyar Al Muharraq, Ahmed Alammadi, discussed the company’s vision and the sustainability tools deployed at Diyar.

“As one of the largest real estate developers in the Kingdom, we see it as our duty to help spread the knowledge and principles of sustainable development in the real estate sector, contributing to elevating the real estate industry in line with international standards,” he said.