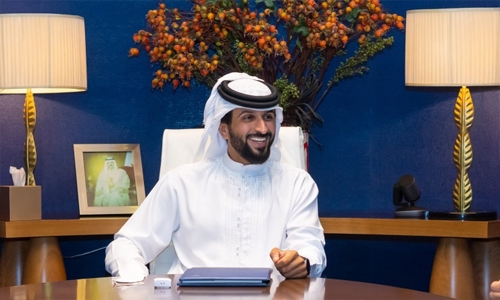 Continuous work to increase investments in the oil and gas sector is important in sustaining the Kingdom of Bahrain’s progress and development.

This was emphasised by His Highness Shaikh Nasser bin Hamad Al Khalifa, His Majesty the King’s Representative for Humanitarian Work and Youth Affairs and Board of Directors Chairman of the Oil and Gas Holding Company B.S.C (Nogaholding).

It will also achieve the aspirations of His Royal Highness Prince Salman bin Hamad Al Khalifa, the Crown Prince and Prime Minister, inactivating the role of the two sectors in stimulating the national economy, in line with the goals of the Bahrain Economic Vision 2030.

He discussed with the Oil Minister all economic and investment topics related to oil and gas and was informed about the future plans and programmes to be implemented by the Oil Ministry and Bapco in order to develop the oil sector in the kingdom, using the best technology in the oil industries.