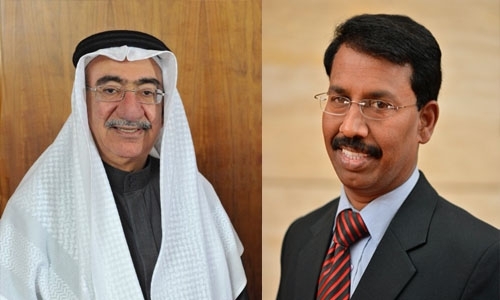 The Annual General Meeting of Trafco Group announced approving cash dividends, for the year ended 31 December 2020, at a rate of 15% of the nominal value of the share, or 15 fils for each share amounting to BD 1,116,366 to shareholders.

The meeting also approved a proposal to transfer BD 110,453 to the statutory reserve, BD 50,000 to the general reserve, remuneration of the Board of Directors of BD 92,250, and charitable donations amounting to BD 50,000.

Shareholders registered in the records with a payment date of 15 April 2021 are eligible for the dividend. Ebrahim Zainal, the chairman, said the Group also contributed BD 30,000 to a charity campaign by the Royal Charity Organisation to support those affected by the pandemic in Bahrain.

On the commercial activity, the chairman indicated that the pandemic has adversely affected the movement of goods, and despite the decline in some prices at the beginning of the financial year due to drop in fuel prices, the prices of most of the basic commodities such as sugar, vegetable oil and dairy products increased. “Further due to the shortage of containers worldwide, the container freight rates also shot up.

He added: “The total sales volume of the parent company and its subsidiaries decreased in varying proportions, as a result of the total or partial closure of the hotels, restaurants, and catering (HORECA) sector, the cessation of passenger traffic on the King Fahad Causeway, and the shrinking of the number of consumers in general.”

The income from the Investment portfolio decreased to BD 669,000 compared to BD 683,000 last year. Besides, the Group achieved a net profit on the sale of investments at BD 77,000, which was not included in the statement of income but was in the shareholders’ equity, in compliance with the new IFRS requirements.

Trafco Group was able to obtain the international HACCP and ISO 22000: 2005 certification during the year.

On the associate and subsidiary companies, Trafco said their results were mixed, and there was an overall decline in profitability due to the current circumstances.

The sales of Awal Dairy Company in Saudi Arabia were affected by a 5% to 15% increase in the value-added tax. “However, sales in both the local market and Kuwait were good.”

Awal Dairy Company, Ebrahim Zainal said, continued its export operations to new markets in the African continent and was also able to obtain new contracts for some products under local and international brands.

The company said it decided to invest up to BD 400,000 to purchase new packaging equipment to expand the export market.

On Bahrain Water Bottling and Beverages Company, Trafco said that despite its overall achievement of sales volume, “the stiff price competition has negatively affected the gross profit margin.

“The company is also expanding its production capacity by purchasing new equipment for about BD 260,000, which is expected to be completed by the middle of this year.”

As for both the Bahrain Fresh Fruits Company and the Metro Markets Company, the results continued to be negative and the management is taking necessary steps to restructure and improve performance while Trafco Logistics Company maintained its market share and achieved profits up to BD 106,000, down about 8% from the previous year.

The chairman said that the Group is looking forward to better market conditions in the coming year and is working hard to improve its performance and its subsidiary companies to achieve better results for shareholders.

KFH relaunches promotional campaign “One Year on Us”