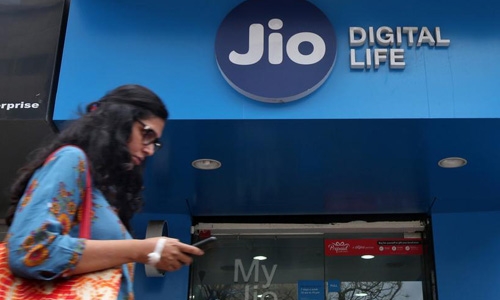 India’s Reliance Industries on Monday asked government authorities to help stop attacks against its telecommunication masts by protesting farmers, who have alleged that the conglomerate has profited from farm reforms at their expense.

Reliance, controlled by one of Asia’s richest men, Mukesh Ambani, will file a petition on the matter in the Punjab and Haryana High Court later on Monday, it said in a statement to stock exchanges.

In India’s biggest farm unrest in years, tens of thousands of growers — largely from the states of Punjab and Haryana in India’s north — have been protesting near New Delhi against the laws, which seek to allow farmers to sell to institutional buyers and big retailers such as Reliance Retail, Walmart and Cargill.

The farmers, who form a powerful political constituency, fear the laws passed in September could see the government stop buying grains at guaranteed prices, leaving them at the mercy of private buyers that may not pay guaranteed prices for food grains.

Reliance, which also operates India’s largest retailer, said it would insist that its suppliers abide by these minimum support prices or any similar mechanism that may be implemented by the government.

The company also said it had not done any corporate or contract farming in the past and has no plans to enter the business.

Protesters have attacked hundreds of telecommunications masts of companies such as Reliance’s Jio in recent weeks, resulting in damage or their power supply being cut off. Jio is India’s top telecom provider by subscribers.

Reliance said “these acts of violence have endangered the lives of thousands of its employees and caused damage and disruption to the vital communications infrastructure, sales and service outlets run by its subsidiaries.”

More than 1,400 of Reliance’s 9,000-plus telecom masts had been hit, with power supply and fibre cut by unidentified people, Reuters reported last week.

Saudi woman can change name without consent of guardian