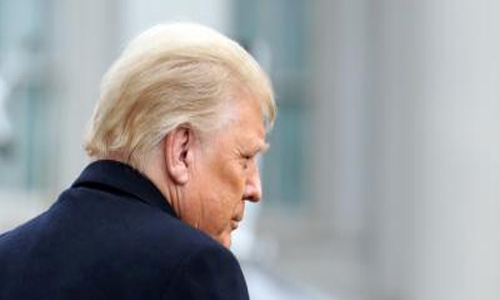 US President Donald Trump pressured Georgia’s top election official to “find” enough votes to overturn his defeat in the southern state, according to a recording of the hour-long call published by US media on Sunday.

The Saturday call was the latest move in Trump’s two-month effort insisting that his loss to Democratic President-elect Joe Biden in the November 3 election was the result of widespread voter fraud, a claim that has been widely rejected by state and federal elected officials and multiple courts.

Trump’s call to Georgia Secretary of State Brad Raffensperger, a fellow Republican, came as some of Trump’s allies in the US congress plan to object to the formal certification of Biden’s victory on Wednesday. The former vice president won by a margin of 306-232 in the state-by-state Electoral College, and by more than 7 million votes overall.

On the call, which was released by the Washington Post, Trump repeatedly pressures Raffensperger to declare that Trump has won more votes than Biden.

“All I want to do is this: I just want to find 11,780 votes, which is one more than we have,” Trump says, according to the audio of the call. “There’s nothing wrong with saying, you know, that you’ve recalculated.”

Raffensperger and his office’s general counsel reject Trump’s assertions and tell the president that he was relying on debunked conspiracy theories spread on social media about what was a fair and accurate election.

“Mr President, the challenge that you have is the data you have is wrong,” Raffensperger says.