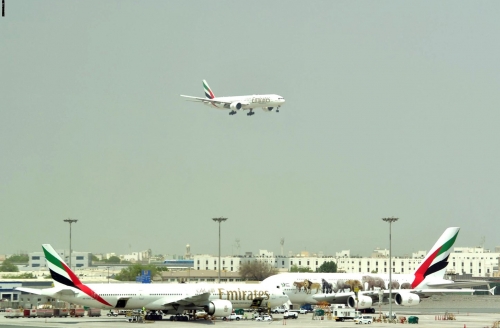 Emirates Airlines announced that it will resume service to its three stations in South Africa Johannesburg and Cape Town (1 October 2020) and Durban (4 October), as well as to Harare, the capital of Zimbabwe (October 1) and Mauritius (October 3). It will increase the number of its destinations to 92 cities, 19 of which are on the African continent. The airline is pressing ahead with rebuilding its network across the world to meet travel demand while maintaining the health and safety of its customers and employees.

Emirates Airlines said that its customers who travel to and from the three Emirates Airlines stations in South Africa will be able to continue their travel quickly and safely through Dubai to the various stations of the carrier in Europe, the Far East, Central, Western Asia, and Australia.
She added, "Emirates Airlines will operate two flights per week to Harare, connected with the Lusaka service, to connect Zambia and Zimbabwe via Dubai with various stations through the Emirates Airlines network."
"The Mauritius service will be resumed initially with a weekly trip on Saturdays, to support the efforts of the Mauritius government to return its citizens to the country, contribute to the recovery of the tourism industry in that famous destination in the Indian Ocean, and transport travelers safely from Europe, the Far East and the Middle East via Dubai," she said.

UAE records one death and 1,002 new cases of Coronavirus